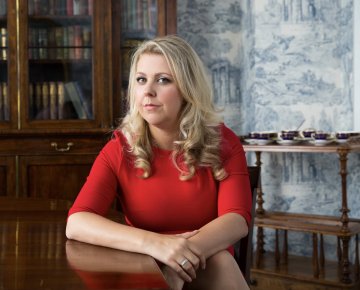 Speaking of Tini Owen’s high-profile fight to end her marriage, Emma emphasised how rare this case was, explaining that the vast majority of petitions go through the courts uncontested.

She described how divorce lawyers try to limit damage when their clients have to give evidence of unreasonable behaviour with "anodyne petitions"describing the mildest misdemeanours. Though the tiffs over the laundry and in-laws they describe could well be part of the ebb and flow of marriage, they will generally be accepted by the courts.

The fundamental issue which this case highlights, Emma argues, is that people have to give this kind of evidence to prove that the marriage has broken down.

The only ground for divorce in English law is irretrievable breakdown, but it has to be evidenced by one of five facts: adultery, unreasonable behaviour,  two years separation with consent,  five years seperation, or desertion. It is the evidencing of this breakdown, Emma explains, which creates disharmony.

Vardags has long campaigned for a change to no-fault divorce. Emma explains that this would be  more akin to the American system whereby one can cite irreconcilable differences instead of being forced to plead "every single misdemeanour that someone is guilty of over the course of a relationship". This, Emma warns, can get very ugly.

"If you can’t find your way back to each other, you should be able to exit your marriage in a dignified, straight-forward way", she says.

You can listen to the programme in full here here.

Incentivising marriage: a taxing affair
This site uses cookies. Find out more. Continued use of this site is deemed as consent.   CLOSE ✖