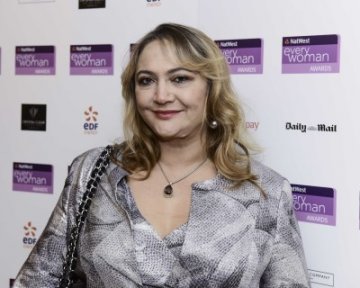 We’re so pleased that Ayesha has emerged victorious from the NatWest Everywoman Awards – a truly prestigious event honouring some of the most impressive entrepreneurial women working in the UK.

Here’s what the Everywoman team had to say about Ayesha, and why they chose her for this award:

“Ayesha Vardag is the founder of London-based law firm Vardags, and today was named winner of the coveted NatWest everywoman Award – one of the UK’s most revered prizes honouring British entrepreneurial success. Ayesha Vardag is no ordinary solicitor. Having read law at Queens’ College, Cambridge, she went on to work for a global City law firm initially specialising as a finance solicitor, before her own divorce lawyer snapped her up and she changed tack to train in matrimonial and family law. In 2005, Ayesha decided to take the brave step of going it alone – something extremely rare in a sector dominated by global firms with centuries of history – and set up Vardags, a niche family and private client law firm catering for high net worth individuals.

Initially working from her front room, clocking 100-hour weeks while looking after three small children single-handedly, Ayesha has since grown the company to a team of around 60.

Specialising in family and divorce law, Ayesha has acted on behalf of numerous household names, and is renowned for her hard-hitting reputation, commercial savvy, passion and no-nonsense style. She is credited with changing the legal landscape forever when she won a seminal case in 2010 in the Supreme Court, which made prenuptial agreements enforceable in England and Wales. An entrepreneurial woman in a very traditional world, Ayesha is continuously innovating. Vardags has become an Alternative Business Structure (ABS) in order to allow non-lawyers to become directors and shareholders in the firm, an unprecedented move in her sector. In a notoriously male-dominated industry, Ayesha has introduced flexible working practices and state of the art maternity packages to ensure all her team – both male and female – are able to progress their careers and fulfil their potential.”

Many thanks to the whole Everywoman team and congratulations to all the wonderful winners.