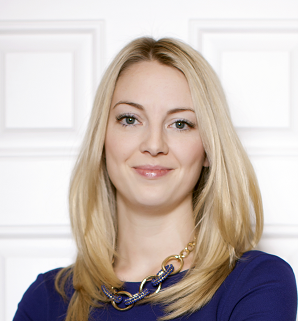 Catherine Thomas was up bright and early to discuss divorce law ahead of today%27s Westminster Hall debate on family justice reform.

Well-versed on the issues with our divorce system, LBC presenter Nick Ferrari recently chaired the no fault divorce debate at the Conservative Party Conference organised by the Campaign for Family Law Reform.

As a leading lawyer and spokeswoman for the Campaign for Family Law Reform, Catherine felt that the forthcoming parliamentary debate was an encouraging indication that the appetite for a long-overdue change might finally be growing.

She explained how the current system forces couples to allege fault:

Catherine argued that taking away this legal requirement to blame a partner, or else face a waiting time which was unacceptable for most people "would protect a lot of families from damage when they’re at their most vulnerable." Removing the need for mudslinging could she argued, pave the way for a less painful and more cooperative divorce, and one that would better facilitate co-parenting for couples who have to continue to raise children together.

Catherine explained that no-fault divorce already existed to some extent in Scotland. On being asked what effect reform had on marriages north of the border, Catherine cited the Scottish model as evidence that the idea that reform would open the floodgates to a mass of divorces was nonsense. She explained that there was an increase of petitions in the first year as couples waiting for the statutory time to pass filed for divorce, but then the increase tailed off and left divorce rates at what they were before.

"Would it make divorce cheaper", was Nick’s closing question.

"Yes it would" was Catherine’s confident response;

"What we’re actually campaigning for is less work for lawyers, but we think it’s the right thing to do."

Catherine Thomas debates the need for no-fault divorce on BBC Radio 2
This site uses cookies. Find out more. Continued use of this site is deemed as consent.   CLOSE ✖