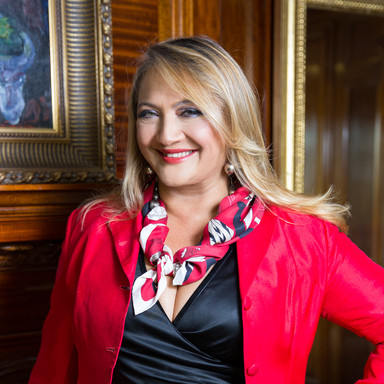 The Access to Justice Loan Fund will be available for people whose spouses are trying to stop them from getting their fair share in divorce cases, and those trapped in unhappy marriages which they cannot afford to escape.

Those who are eligible will be able to draw a loan from the fund to cover the cost of their legal fees during their divorce proceedings. Repayment is deferred until after their case has concluded and is typically funded from the settlement received.

Vardags’ founder and President, Ayesha Vardag, who is well known as ‘Britain’s top divorce lawyer’, said, “Thousands upon thousands of people are trapped in unhappy marriages because they think that they can’t afford the cost of getting divorced; others settle for far lower than they are entitled to because their spouse runs rings around them in the divorce process.

“Far too often, I see women who have been married for many years who have not only sacrificed their own careers to look after the children and the home, but have spent considerable time and effort in helping their husband build his career. Often, they have no earnings, savings or pension of their own, so are rightly concerned about how they can cover the cost of their legal fees – let alone the long term implications of divorce on their finances.

“Meanwhile, if their husbands are wealthy, they can afford the best possible legal advice and representation and can use this as a stick with which to beat their wives,” Vardag continues. “And it goes further than that. Time and again I have seen people deliberately rack up high legal fees that they know their spouse couldn’t possibly afford by pointless fighting over nonsense, with the view to wearing them down financially so they can pressure them into giving in and stop fighting for what they truly deserve.”

“The Access to Justice Loan Fund is about bringing to justice people who seek to deprive their wife or husband, of money by hiding it, not declaring it, giving it to family members, putting it offshore, squirrelling it away in complex trusts or businesses, and deliberately delaying and complicating divorce proceedings,” says Vardag. “This loan fund will allow the financially weaker spouse to fight this contemptible behaviour, and hopefully deter others from engaging in this dishonest activity in the courts.”

One example of a case which has benefitted from a loan from Schneider is the well-documented case of former-beauty queen Pauline Chai, who wished to divorce her tycoon husband, the multimillionaire owner of retailer Laura Ashley and Corus Hotels, Khoo Kay Peng - after a marriage spanning 43 years and five children. To the world, it seemed as though Chai had everything, enjoying a lavish a life of almost unimaginable wealth, with homes in four different continents. However, it emerged that their relationship had turned “abusive, oppressive,” and “very controlling", with her husband rationing her food, restricting her from contacting her own children (two of whom have special needs) and even forbidding her from leaving their house without his permission.

Eventually, Pauline was able to begin divorce proceeding against her controlling husband with the help of her daughter Angeline, who found Vardags via a Google search. Angeline helped her mother navigate the legal meetings in London as it was a challenge with her father’s ever-watchful bodyguards.

“Mum raised five children, three of whom have special needs, almost single-handedly. Dad was usually away travelling and we didn’t have nannies from a young age. After a 43-year marriage mum deserves to have her freedom and the ability to make her own choices,” says Chai’s daughter, Angeline Francis-Khoo. “But for Dad, it wasn’t really about the money, it’s about control and losing that control.”

The case was complicated throughout by her father’s resistance to orders of the English courts. He flouted his interim financial obligations, both maintenance and legal services payments, on various occasions, even forcing his wife to pursue enforcement measures. The combination of the financial and jurisdictional complexity of this case with the husband’s willingness to breach orders of the English courts made this case a multi-faceted beast, requiring creativity, grit and determination in representing Chai’s interest.

“I knew he was extremely wealthy, but few people grow up understanding or considering the net worth of their parents,” says her daughter Angeline, “I became fully aware of the scale of his wealth during the divorce, as the lawyers were meticulous. What you pay for lawyers can be the difference between winning or losing.”

Schneider provided the funding to fight her case over four years. It was one of the UK’s most contentious divorce battles, spanning two jurisdictions and enlisting the use of highly specialised services, including an expert financial forensics team to track down the Laura Ashley tycoon’s vast wealth, which had been expertly distributed across several continents. Varying costs orders were made against her husband, and he was also told to pay her legal fees. The orders varied but he failed to comply with the court orders to provide these funds on several occasions. The funding from Schneider made sure that the case could be fought even when her husband was not obeying court orders.

Alex Cooke, Managing Director of Schneider Financial Solutions Ltd, said, “For the last five years we have provided Vardags’ clients with litigation loans to enable them to obtain access to justice and a fair settlement in their divorces. This relationship has been of significant benefit to our mutual clients, some of whom have received record-breaking awards.

“Both Schneider and Vardags excel in complex matrimonial cases, often including high-value matrimonial estates and multi-jurisdictional disputes. Through this access to funding, financially weaker spouses are empowered to achieve a fair share of the marital pot for their contribution to the marriage.”

Ayesha Vardag said, “The legal costs of getting divorced can escalate rapidly if one of the parties misbehaves. Unfortunately some people make life as difficult as possible for their spouse, deliberately increasing costs in the hope that they will give up the fight and either stay married or walk away with very little. The Access to Justice Loan Fund aims to stop that happening."

Vardags will work with interested parties to make a proposal to Schneider which will then evaluate each claim on a case by case basis. Cases will only be accepted where Vardags anticipate that the divorce settlement will significantly exceed the loan amount.