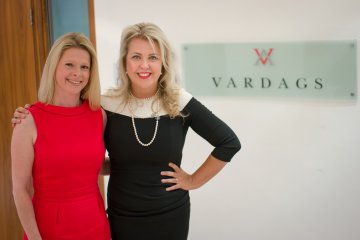 After a whirlwind first year of business in which Vardags’ Manchester office became profitable within six weeks, made the MLAs shortlist, and doubled in size, we’re delighted to report that our team in the North West have shown no signs of slowing down since turning one.

This November, The Talk of Manchester Business Awards (The TOMs) are taking place, and we are proud to announce that the Manchester office has been nominated for the esteemed title of ’Best Boutique Law Firm’.

Over the last few years, the TOMs have rapidly become one of the region’s best-recognised business awards, celebrating the success of leading companies and pioneering entrepreneurs from a variety of different industries including law, accountancy, PR and recruitment.

This year’s ceremony will take place at the Manchester Mercure Piccadilly Hotel on Thursday 30th November, with the winners being announced during a glittering gala dinner.

Our warmest gratitude to everyone who has shown their support.

The very best of luck to the Manchester office and all the other nominees!