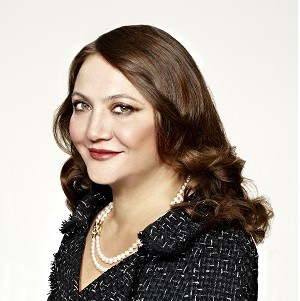 Ayesha Vardag shared her ten tips for divorcing husbands with The Huffington Post. Speaking from her experience of over ten years at the top of family law, she discussed her suggestions for husbands looking for legitimate ways of reducing the amount they might have to pay to their wife.

Her first tip was to consider a pre- or post- nuptial agreement, saying “it’s a great option if you’re not quite sure whether or not the marriage can be saved, but you want to clarify where you stand should things go definitively south.” She also advised proper record keeping, suggesting that men “consider making detailed notes of board meetings at work so that, if called upon, you can discuss your work prospects honestly.”

She went on to advise maintaining privacy and security around confidential papers, saying “It may surprise many, but spouses are entitled to privacy within their marriage and it is illegal for one party to access the other’s documents that are hidden away.” She added “To avoid ‘honest mistakes’ and misunderstandings, it’s a good idea to mark out your “territory” by having your own files, or even a safe, where you keep such confidential documents.” She also suggested that husbands “avoid taking big steps in your business development, at least while things are uncertain as regards your marriage. For instance, delay loan applications or investment where you will be tempted to “talk-up” your commercial prospects”.

Ayesha’s next tips were for people who have already found themselves in proceedings. Her first piece of advice was for husbands to co-operate with proceedings, providing the full and frank disclosure mandated by the courts. She then suggested that husbands “remember both upcoming liabilities like tax and credit card bills, contingent liabilities such as tax investigations or capital gains on second homes and to explain anything that’s likely to raise eyebrows with the other side.”

Turning to the likely size of a settlement, Ayesha, who has worked at the top of family law for over a decade, addressed issues of maintenance “think about your wife’s earning capacity and, if you can, argue that she has the potential to support herself after a transitional period” as well as company valuation “be as proactive as possible and consider drawing up a valuation of your own, with clear, well-argued point”.

Finally, Ayesha discussed the possibility of making a ‘special contribution’ argument. She said “if you’ve been exceptionally successful in your professional life, there could be scope for making the ‘special contribution’ argument. This was applied recently in the much-publicized Cooper-Hohn divorce case, where the husband argued, to some success, that his extraordinary financial genius had been responsible for the couple’s vast wealth and as such his wife should be entitled to less than half.”

The Vintage Magazine: ‘The Rise and Rise of Ayesha Vardag”

The fathers who only see their children on a computer screen

The Past, Present, and Future
This site uses cookies. Find out more. Continued use of this site is deemed as consent.   CLOSE ✖