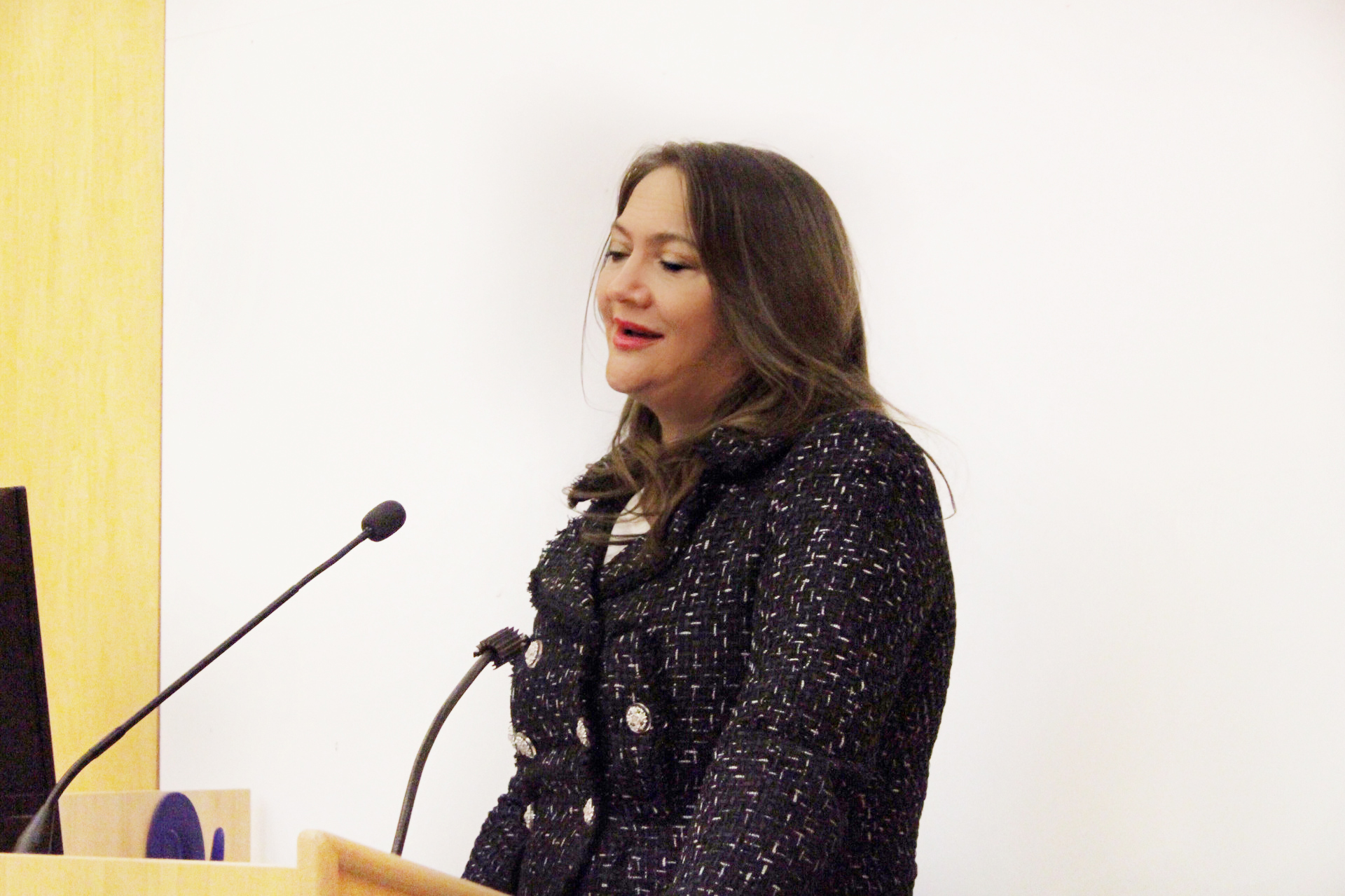 It was a tragic case. There were two sex workers, both with young babies. One died in a tragic cot death, and the mother, in paroxysms of grief, went in the night to the other woman’s bedside. She took the other’s gurgling, sleeping baby and left in its place, her own dead child.

When it went to the authorities (and this was before DNA testing) the judgment was this. Cut the child in half and give one to each mother. The woman who refused her half - “keep him, just don’t hurt the child,” was found by the judge - King Solomon - to be the true mother.

Ayesha recounted the story of the Old Testament King to a hushed crowd at the University of Cambridge’s Law Faculty on Tuesday night. It was, she explained, a powerful story about justice, and the oldest family law case in the world. The story set a moving precedent for her talk, which covered the major family law cases spanning her career.

Ayesha’s trailblazing career has taken her from the International Court of Justice in The Hague, to the UN Legal Division in Vienna, to power stations and diamond mines at a City Law firm, and onto pupillage at the family Bar. When she was hired away from the Bar by her own divorce lawyer, she became part of the renaissance in family law that would see London become the divorce capital of the world.

Celebrated as “the Diva of Divorce”, Ayesha has been involved in many of the biggest family law cases of the last decade including the landmark Supreme Court case Radmacher v Granatino, which made prenuptial agreements enforceable in the UK; acting in the case involving a head of state which was England’s first concluded family law arbitration; and securing some of the largest ever reported divorce awards. Most recently she obtained the first ever Court of Protection order to save and store a man’s sperm for posthumous use by his wife in fertility treatment after he suffered a catastrophic accident. This, Ayesha argued was “bigger than Radmacher - the most moving, most important moment of my entire career”.

Discussing the lecture later, Ayesha was struck how in the process of writing it, she realised how these cases had changed society over the years. The exalted Lord Denning, one of the most enlightened judges of his time, had set a precedent assuming women’s dependence on men which persisted beyond the turn of the 21st century.

White v White, the case that launched the modern divorce industry as we know it had finally introduced equality between breadwinner and homemaker to financial proceedings. Ayesha’s landmark Supreme Court case Radmacher v Granatino made prenuptial agreements legally enforceable, but for Ayesha “it was always a question about individual autonomy”.The judgment enabled couples to make their own arrangements without excessive interference from a nanny state, and also without the assumption that women were so desperate to marry they couldn’t be trusted to hold their own at the bargaining table.

Other cases were less epoch-defining, but even more moving. The little girl running over to her father after his estranged wife had turned his children against him. The emancipated woman, who while married, despite having all the wealth you could ask for, could not eat, dress, or drive anywhere without permission and surveillance from her husband and his army of staff.

The actual work of running the cases came across as very diverse. Part esoteric legal argument, part fact-heavy investigation. There was the instances of staying up all night to sift through emails, or count a client’s shoes to prove the appropriate forum for a divorce to a judge.

The anecdotes hinted at the character behind the lawyer, and an unfailing, unstoppable drive. It also hammered home an important point: that behind the legalease and courtroom pomp, family law is a record and ledger of our collective history.

Heterosexual couples to be allowed to enter into civil partnerships
This site uses cookies. Find out more. Continued use of this site is deemed as consent.   CLOSE ✖