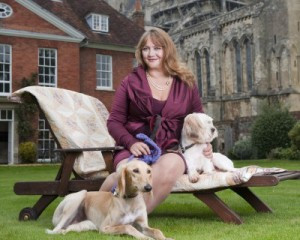 Ayesha Vardag has made her Woman’s Hour debut on BBC Radio 4. Speaking to Radio 4 veteran Jane Garvey, she discussed the potential impact of the Sharland and Gohil cases currently going before the Supreme Court and the wider issues involved in non-disclosure and fraud within the court system.

In both cases, Sharland and Gohil, the women allege that their husbands misled them as to the extent of their assets and that as a result they have been short-changed in their divorce settlements.

First of all, Jane Garvey wanted to know how the two women, who are acting together, have been able to pursue this case; how might have discovered the deception in the first place?

In these circumstances, facts came to light after the event, so they’d reached agreement during the course of their divorce cases – during the course of the negotiations around their original cases – and even though they’d had a certain degree of scepticism, they’d been led to believe the situation was in a particular way and then it came to light subsequently. In the Gohil case it was criminal proceedings; in the Sharland case it was information about an IPO – an initial public offering – that came out, so it was business information that came out later. It can come in many ways though: it can come through a paper that you find in a drawer, it can come from a tip-off from somebody else, it can come from something you subsequently learn about in the newspaper. The problem is what you get the courts to do about it if you’ve already reached agreement. The courts are very reluctant to open things up again. They’re willing to look at it as you go along – they’re willing to say: “OK, well, let’s revisit this, we’ve now discovered that you haven’t been frank, and as this case is still going on, let’s bring it into account. They’re not tough about it – they don’t take a big issue with it in the way that has happened sometimes in the States where assets that haven’t been disclosed have ended up being wholly given to the wife that was claiming for them – but they will at least bring them into account in the case. If you have a situation where the case is closed, the courts have been very quick to say “oh well, that’s all done and dusted, we really don’t want to reopen it. And if you are going to trouble us with reopening this, and make a fuss about it effectively, then we’re going to look at it pretty hard and we’re going to impose upon you the standard that you really have to show that we would have done something different if we’d known about this as the time. It’s not enough to show that your husband lied his socks off about his assets about this business deal that was going on.

Jane Garvey intervened to address the issue of parity, to make clear that although we talk about ‘husbands’, in this case and often more generally, it could just as easily be the wife who’s hiding assets, to which Ayesha agreed wholeheartedly. She also offered the tip that just such a case would be emerging soon where it’s a woman who is accused of concealing assets, but was not yet in the public domain so we’d have to “watch this space for that.”

So, Jane wanted to know, what about your own divorce lawyer, shouldn’t they be under pressure to tell you that you can’t lie or just not tell the truth?

Ayesha was very clear on this point, that any lawyer worth their salt should be doing just that:

They absolutely should be under pressure and any divorce lawyer with integrity will indeed say, “no, you’ve got to disclose your assets, you’ve got to come clean about this.” But the problem is, if the courts don’t impose any real sanctions for lying, then the temptation on the part of the one with the money is just to give it a go, because what’s the worst that’s going to happen?

Jane Garvey noted that there seemed to be a lack of logic to this, to which Ayesha agreed, saying:

Exactly. And one of our judges, Mr Justice Mostyn has said that non-disclosure is the bane of our judicial system, it strikes at the very integrity of our judicial system because it means you can’t get justice. You’ll be in a situation where you’re trussed into a process – there used to be a sense that if you went on the witness stand and you took an oath then you would tell the truth because the sanctions for not telling the truth were very great, people were worries about perjury and contempt of court – and in fact the family courts can make a reference to the criminal courts for prosecution for perjury but they just don’t do it.

Jane Garvey was incredulous, saying: “So there’s a different standard applied then?”

A completely different standard. The family courts are all fluffy and lovely and “let’s not rock the boat”. And there is very much this sense, as one of the Court of Appeal judges in these cases put it, that reopening these cases would make our judicial system grind increasingly slowly, so the response to the fact that the judicial system is underfunded – needs more judges, needs more court time, needs more investment – is to say no to cases and to refuse to open cases rather than to fund the system more and the upshot of that of course, is a reduced access to justice.

To round things up, Jane asked Ayesha for her view on what she would like the Supreme Court to rule, even though we may have to wait some time for the judgment to be handed down. Ayesha revealed:

I would like it to do effectively what one of the dissenting judgments in the court of appeal advocated, which is to have a firm principle that fraud unravels all; if you find that there has been fraud in a divorce settlement or in a court hearing, that unpicks the whole lot and you start afresh, you get to have another look at it and more than that, there are penalties for those who deceive the courts.

Male pattern infidelity: financially-dependent men more likely to cheat
This site uses cookies. Find out more. Continued use of this site is deemed as consent.   CLOSE ✖