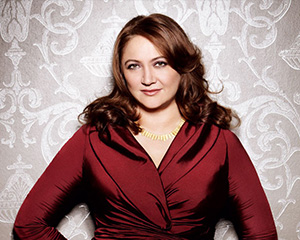 As news broke of the Rupert Murdoch and Wendi Deng divorce, Ayesha Vardag was called to the BBC studios to comment on the situation for BBC2’s Newsnight.

Ayesha joined host Gavin Esler and co-interviewee Martin Hickman to discuss the likely implications of the Murdoch/Deng divorce, both for the couple and for the future of News Corporation.

Given that Murdoch and Deng are understood to have a pre-nuptial agreement and two post-nuptial agreements in place, Ayesha was well-placed to offer her thoughts and expert advice. She expressed her belief that Murdoch’s decision to file for divorce with New York’s Supreme Court “would make a lot of sense for him because the understanding is he’s got a pre-nup and a couple of post-nups which would protect his assets and indeed protect the shares of the company, and New York is very tough on upholding pre-nups.”

She went on to explain how pre-nuptial and post-nuptial agreements can be beneficial in preventing unwanted publicity:

“very often what’s useful about a pre-nup is you can have confidentiality clauses, which is great if you’re a high profile figure and you have a spouse who might have been party to all sorts of secrets that you’d prefer to keep under wraps. If you do try to take that to court then yes, you can fight the battle, but you can get very badly hit on costs if you try to fight a hopeless case.”

Journalist Martin Hickman, author of the book Dial M for Murdoch, commented on Rupert Murdoch’s future at News Corp, and expressed his admiration for his professional longevity: “I think he would like to go on forever; there’s no hint of him standing down and it is quite amazing what he does: aged 82 he runs this global multimillion dollar multimedia corporation that spans the globe. He’s just fascinated by the business and wants to carry on.”

When asked to speculate on the sort of terms and conditions that may make up the Murdoch/Deng pre-nup, Ayesha said:

“In a situation like this you’d expect there to be provision for her: either a percentage, but that’s unlikely with this sort of magnitude. You’d expect a certain amount per year of the marriage and that would be quite a common structure.”

Vardags is one of the leading law firms in Britain for negotiating pre-nups and post-nups, having changed the law on their enforceability in England and Wales with the landmark Supreme Court case Radmacher v Granatino.

Scot Young jailed for contempt
This site uses cookies. Find out more. Continued use of this site is deemed as consent.   CLOSE ✖