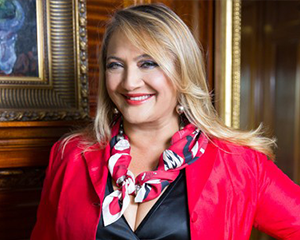 On 18th September Ayesha Vardag made her inaugural appearance on ITV’s live discussion slot ‘Legal Eagles’ as part of daytime show This Morning. Taking her place on the sofa beside presenters Phillip Schofield and Holly Willoughby, Ayesha joined her legal counterparts in personal injury law and property law – Alicia Alinia of Slater & Gordon and Jason Hunter of Russell-Cooke respectively – for the chance to help viewers with their law-related conundrums.

Flying the flag for the field of matrimonial and family law, Ayesha was able to help a mother whose ex-partner was attempting to gain access to and parental rights for their teenage child after years of little contact. This was a shock for the mother given that her ex-partner had kept his distance for years.

“What the courts are going to be most interested in is the welfare of this child, so if it goes to court, that’s what they’ll be looking at. There’s a general sense that it’s good for a child to have a meaningful relationship with both parents, to have contact with both parents. If a father wants parental responsibility, generally they’re going to get it.”

However, it transpired that in this case the child had shown great reluctance to have contact with her erstwhile father. This, Ayesha made clear, would have some bearing on the court’s decision to award the father greater rights, particularly given the child’s age of 15 years:

“The situation changes if the child is very strongly opposed to something, and the child is old enough to have their wishes and feelings taken properly into account- at this age, this child is really going to be heard.”

Ayesha put forward some thoughts on how the Court may respond to the situation:

“The thing that would happen if this goes forward – the father’s trying to get contact and the mother’s resisting – you would expect the Court welfare officer to talk to the child. One of the things they’re going to be very interested in is whether what this child is actually doing in refusing and rejecting the father is trying to show loyalty to the mother, trying to show support to her; they may be feeling that she feels threatened and insecure.”

However, Ayesha was keen to suggest alternative approaches to the situation, urging the caller to consider being open to the father’s request even though he might have been unreliable in the past:

“One thing that the mother should consider is whether in fact it might be good for this child – albeit the father’s a Johnny-come-lately who hasn’t been there – but maybe at this stage it might be good to get a little bit of contact going. Not something huge that’s going to derail the child’s life because the Court’s going to want stability, but something slowly building up – a bit of telephone contact, maybe Skype – maybe starting then to see the child.”

Another cause of particular concern for the mother was the fact that her ex-partner lived abroad, and may suddenly move to take the child out of the country. Ayesha was quick to allay her fears, confiding:

Campaign group alleges widespread avoidance of child maintenance payments
This site uses cookies. Find out more. Continued use of this site is deemed as consent.   CLOSE ✖