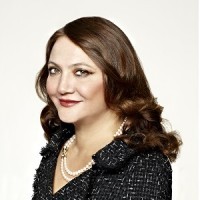 Ayesha Vardag has been featured in an interview on radio programme ‘The Voice of Russia’ this week, speaking about Vardags’ high profile divorce case for former Malaysian beauty queen Pauline Chai.

In the wake of an initial hearing to determine jurisdiction, which took place on 4th July 2013, Pauline Chai’s solicitor Ayesha Vardag was given the opportunity to put across her thoughts on the case which has attracted widespread media attention. She says her client has every right to go to Court in the UK, even though her husband wants the case to take place in Malaysia where she would legally be entitled to much less:

“He thinks the case should take place in Malaysia which is something one would expect him to want because he feels that would be favourable to him. She feels strongly that her home is here and they have a £30 million home here that they have had for many years. She is not a citizen of Malaysia nor resident there, so she feels very strongly that she is entitled to English justice.”

Much of the media attention surrounding the Chai case has centred around the large assets at stake, most of which were accrued during the marriage. However, Ayesha was clear that no matter what the size or nature of the assets involved, her client is entitled to whatever percentage the law stipulates:

“Fundamentally marriage is a partnership. With any partnership that does not have some sort of deed or contract regulating how it is going to be sorted out, if you part, then the fruits of that partnership are divided equally and that is English law. Therefore, whether you are dealing with a little bit of money over the parties’ needs or a lot, it does not make a difference. The idea is you are a partnership and you share it between you.”

Ayesha also expressed her belief that an out-of -court settlement could still be possible:

“It is highly likely in a case like this that there could be an out of Court settlement. It is exactly the sort of case that is perfect for arbitration, which keeps it completely private for negotiating an agreed and confidential deal. In any case like this which is high profile and which attracts a lot of media attention, there is obviously a big incentive on both sides to reach a confidential agreement between them.”

The case has now been adjourned and is likely to resume in August 2013.
“Ayesha Vardag - Britain’s top divorce lawyer.”