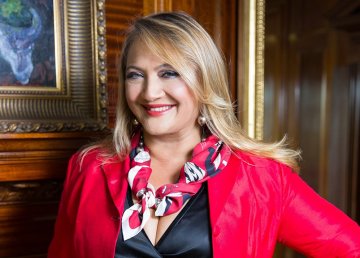 The publication of this year’s Sunday Times Rich List contained a significant focus on women, analysing gendered differences in pay and assets among the richest individuals in the country.

2020 saw the most women ever feature on this exclusive list but equal representation among the wealthiest is still a long way off: women account for only 150 of the country’s wealthiest people.

Interestingly, 78 women feature on the list as half of a married couple, with four, led by Slavica Eccleston, having amassed their fortunes through divorce.

Commenting on this, Ayesha Vardag explained that under English law, both parties in a marriage are considered to have contributed equally and therefore deserve half of all the marital assets: "You’re viewed as equal partners whether you’re the breadwinner or the homemaker.

Interestingly, 78 women feature on the list as half of a married couple, with four, led by Slavica Eccleston, having amassed their fortunes through divorce.

"Sometimes there will be resentment if people feel someone has been a passenger, or they’ve been around a relatively short time, during which a lot of wealth has been built up. But the fundamental principle is that when you have a long partnership working shoulder to shoulder, albeit with different roles, that should be reflected in an equal share of the fruits of that marriage when you part. That resonates as very just with a lot of people.”

Marriage to HNW individuals is not always, however, as luxorious as it seems. Controlling and abusive husbands can wield huge power over their spouses, restricting every part of their lives.

“Some men use money as a way of achieving absolute control over their wives,” explained Ayesha. “We had someone whose food was restricted and who was on a very tight budget. Her housekeeper, who was the funnel for the shopping, was allowed to give her fruit, for example, but not some other things.”

The increasing percentage of women featuring on this annual list is a welcome sign that progress, albeit slow progress, is being made. Hopefully 2021 will see this trend continuing to move in the right direction.