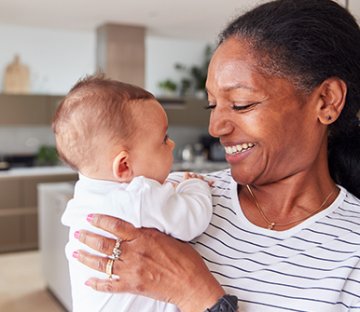 On 22 May 2014, Ayesha returned to the sofa opposite Phillip Schofield and Holly Willoughby at ITV’s This Morning. However, this time it was not for an edition of Legal Eagles in the usual format, but a special discussion about grandparents’ rights in relation to their grandchildren.

Phillip and Holly’s guests on the show were two grandparents, referred to as Michael and Jane to protect their identity who had sadly found it difficult to have contact with their two eldest grandchildren for the last few years, following the death of their son and a subsequent disagreement with their daughter in law. Michael and Jane spent thousands of pounds fighting for the right to visit their grandchildren. They have twelve in total, but they are no longer in contact with the eldest two due to the disagreement.

Originally, there was a “fairly good” relationship with the grandchildren although they lived a long way away. However, the “chain” was broken when the couple’s son died and their daughter-in-law moved on. Michael and Jane went through the courts because they were losing contact; eventually they were given access three times a year for two hours by means of a court order. However, because Michael was his late son’s step-father, not his biological father, his name was not on the court order and he was therefore denied access to the children when his wife went to meet them in the back of a “run-down church hall”.

Jane and Michael decided that such an environment, which was rife with arguments and hostility generated by the presence of other estranged families also using the venue as a base for supervised contact, was not conducive to maintaining a positive relationship with their grandchildren. They consequently applied to vary the court order.

The result was that they went to court again, but it didn’t go very well. They had made the expense of hiring a barrister, but an adjournment meant a delay, and the emotional and financial toll resulted in health complications for both Michael and Jane. This forced the pair to give up the fight.

Ayesha was asked about the legal rights of grandparents, and what options are available to them. She said:

"There aren’t official rights; it often comes as a surprise to everyone that there’s no official standing. But it’s actually not as bad as all that because the situation for children is never really about other people having rights, the focus is on the children’s rights and what’s in their best interests. So that means that grandparents can apply – if the children have been living with them they don’t even need to have leave to do this – but if they haven’t been, they can apply for leave to make an application to the court for contact, or even for residence for the children, and according to the children’s welfare, they may get that. Of course, if the proceedings are mishandled, if it all goes wrong; the court system is a bit of a mess, it’s got to be said. But it’s all there in principle and the courts have been making awards of residence of the children to grandparents, or contact with grandparents, and it’s happening because the courts want children to be loved, they want them to have that support and infrastructure, but when it goes wrong there’s very little redress."

When asked what advice she would give in summary, she said:

"Don’t give up. Get yourself geared up, get your evidence in a row. You don’t actually need a lawyer to do this; get yourself prepped up and don’t give up. The courts do care, they want children to have loving grandparents around, you’ve just got to keep plugging away and you should get there in the end."

Contact orders: the process
This site uses cookies. Find out more. Continued use of this site is deemed as consent.   CLOSE ✖