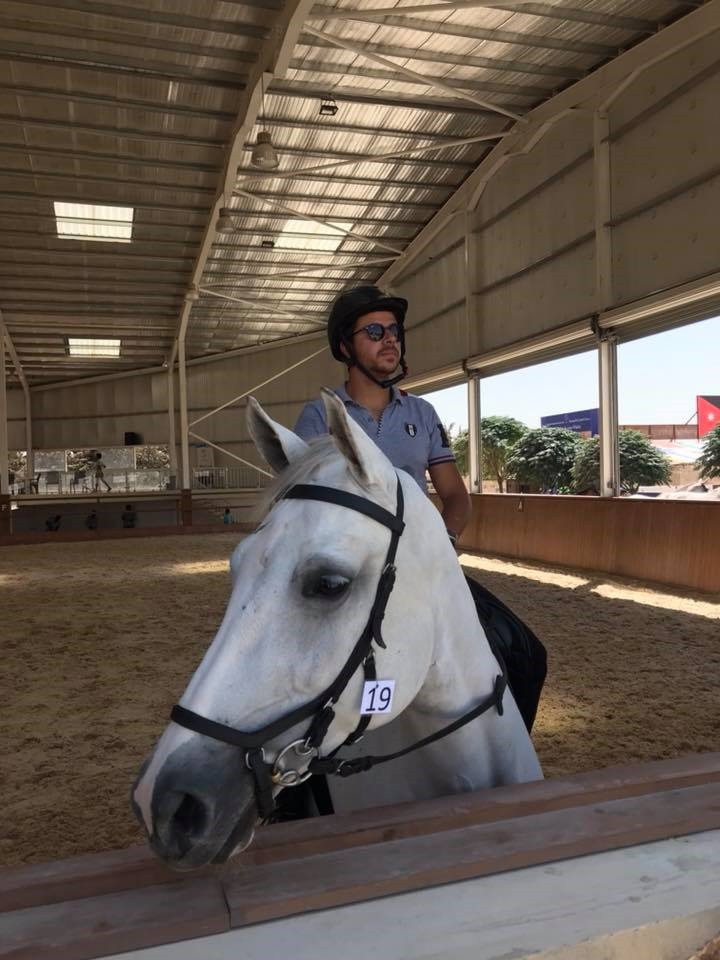 It’s been yet another hectic week for team Vardags, with our horses and riders competing in Italy, Jordan and the UK!

Over in Jordan Ahmad had an especially busy few day competing on three of our lovely girls in the Amman CSI2*. The week began well with a clear for Ahmad and Ficanka de Vardag in the 130- 135m with the pair finished 6th overall. Following this, Ahmad produced a stunning clear round in the first phase of the 140-145m big tour class on Estoril de Vardag, an unfortunate pole in the second phase meant the team finished 4th – a fantastic result over the massive track! Estoril was not done there, competing in the mini Grand Prix the following day, the pair sped their way in to 3rd place, what a brilliant performance. Excitingly the newest member to the Vardags team, Honeypenny de Vardag, competed in her first competition to great success; coming 2nd in the young horse class. We have such high hopes for this talented mare! We are very excited for the second week of the Amman CSI2* world cup qualifier, with all three girls vet checked and raring to go.

In Italy the youngest member of Vardags equestrian, Don Cascarito, displayed his burgeoning talent in not one but two classes! With the experienced Sara Battista on board, Don Cascarito, jumped his way to a second and then to a win in the 4 year old class – an outstanding result! Meanwhile in England Helena competed at Goring Heath on both Vardags Buchephalus and Noble Nutteler. Helena had a great day on Cephy, despite him being a little uncooperative in the dressage, jumping two excellent rounds inside the time to end up in the top 20! Nutty produce a fantastic dressage gaining a low score of 31.0. A cheeky duck out in the show jumping cost the pair 4 penalties but the day ended on a high with a determined Helena cruising round the cross county to attain an expert clear. What a week!

Expanding the Vardags Equestrian family
This site uses cookies. Find out more. Continued use of this site is deemed as consent.   CLOSE ✖