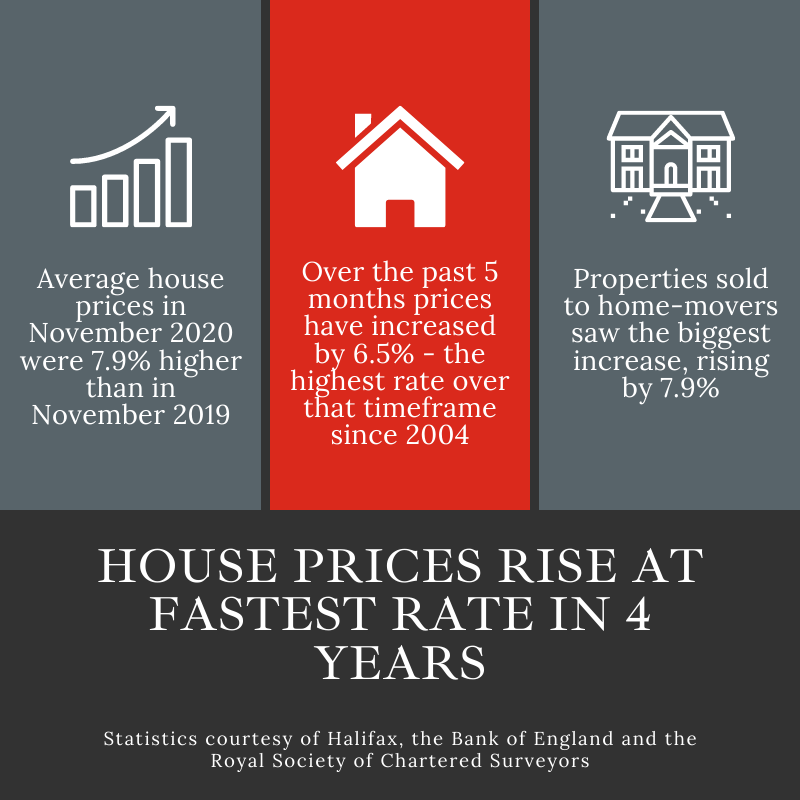 According to research conducted by high-street bank Halifax, house prices increased at the fastest rate since June 2016 in the month of November.

This continues a sustained trend of rapid increases, with the past five months seeing house prices rise by 6.5 per cent, the biggest increase over that timeframe since 2004.

October also saw, according to the Bank of England, the highest number of mortgage approvals for 13 years and a survey of estate agents conducted by the Royal Society of Chartered Surveyors found that sales activity was at its highest point since before the Brexit referendum.

The highest price increase was among properties sold to home-movers, increasing by 7.9 per cent. In comparison, the price increase for first time buyers stood at 5.8 per cent.

One of the reasons for these dramatic price increases, highlighted by the survey conducted by the Royal Society of Chartered Surveyors, was an increase in sales activity set against a low level of housing stock, forcing prices up as competitors bid against one another.

This trend was also buoyed by pent up demand from the first lockdown and a widespread desire for more space as many switch to home working. This second factor particularly contributes to the price increases seen amongst properties sold to home movers, which grew at the fastest rate.