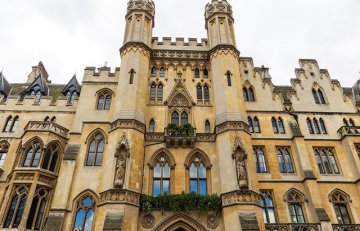 It’s a case that has transfixed the media over the course of proceedings, and now the Supreme Court has allowed the former wife Kathleen Wyatt’s appeal in Wyatt v Vince UKSC 15. The appeal is granted in respect of certain points of the Family Procedure Rules and overturns the Court of Appeal’s decision to strike out Ms Wyatt’s claim.

The facts of this case are both unusual and interesting: having met at a young age, Mr Vince and Ms Wyatt married in December 1981. They had one child together, Dane, born that same year. Mr Vince treated Ms Wyatt’s eldest daughter Emily, from a previous relationship, as a ‘child of the family’.

The actual date of separation is contested, but marital cohabitation ended in 1984, when Mr Vince moved into his ‘converted ambulance’. The couple’s hippy-like lifestyle has drawn a lot of attention: it’s even been compared to that of ’new-age travellers’, full of tales of camping and living hand-to-mouth.

Neither party had much money to their name, before or during the marriage, and they divorced in 1992. Ms Wyatt brought up the children in straitened circumstances and Mr Vince did not have the means to make any substantial financial contribution for them.

Ms Wyatt continued to struggle with the challenges life threw her way: she had another two children and a failed relationship with their father; she suffered ill health. She had been living with three adult children in a house deemed worthy of a Hazard Awareness Order.

Meanwhile, Mr Vince continued to enjoy a travelling lifestyle, but in the 1990s started to take the first steps to phenomenal success as an entrepreneur in the green industry, eventually developing the commercial supply of wind power. He became sole shareholder of Ecotricity Group Ltd; the value of his company is at least £57 million, he was awarded an OBE for his work and now lives in a Georgian hill fort overlooking Stroud with his second wife and their young son. The change in lifestyle was startling.

In 2011, Ms Wyatt made an application for financial provision in the form of a lump sum, and applied for interim payments to fund her legal costs. Mr Vince cross-applied for Ms Wyatt’s substantive application to be struck out, pursuant to Rule 4.4 of the Family Procedure Rules 2010. This rule provides that:

The judge at first instance dismissed Mr Vince’s application for strike-out, and he was ordered to make interim periodical payments in respect of legal costs.

Mr Vince then successfully had the decision overturned by the Court of Appeal, and Ms Wyatt’s application for financial provision was struck out. She was also ordered to repay part of the money received under the costs allowance order.

Kathleen Wyatt then applied to appeal that decision, which was heard by the Supreme Court.

In a unanimous decision, the Supreme Court allowed the appeal and directed that Ms Wyatt’s application be allowed to proceed to the Family Division of the High Court. The judges found that Ms Wyatt’s application did not amount to an abuse of process. They determined that references to ’no reasonable grounds’ and ’abuse of the court’s process’ are intended to bear the same meaning as the equivalently worded strike-out provisions of the Civil Procedure Rules (CPR).

However, unlike the CPR, the Family Procedure Rules have no power to give a summary judgment on the basis that either party has no real prospect of success, or for other compelling reasons.

Instead, the court has a duty under section 25(1) of the Matrimonial Causes Act 1973 (MCA 1973) to determine the application, having regard to all the circumstances of the case, including those listed at 25(2) MCA 1973.

The Supreme Court also allowed the appeal in respect of the costs provision, finding that it would not be possible for Ms Wyatt to secure legal services otherwise, and that it would be unreasonable to expect her solicitors to continue to act without payment until the determination of her substantive application.

The press is, perhaps understandably, excited by the notion that there is no escape from one’s past; no matter how much one party has moved on, there is potential for an ex-husband or wife to pop up at any time.

In a statement, Mr Vince has said:

I feel that we all have the right to move on, and not be looking over our shoulders. Divorce law needs to catch up. The current situation is absurd.

Legally, there is no time limit for seeking orders for financial provision or property adjustment for the benefit of a spouse following divorce. However, the majority of the judgment is focused on the issues and the law surrounding strike-outs in family law proceedings. Although Ms Wyatt’s case did not meet the threshold for a strike-out, she will face ’formidable difficulties’ in seeking a financial order in her favour.

The court will consider the claim with regard to, amongst other things, s25(2)(f) of the MCA 1973: ’the contributions which each of the parties has made… to the welfare of the family, including any contribution by looking after the home or caring for the family’.

While it is likely that Ms Wyatt bore a greater financial responsibility to the children, Mr Vince was only wealthy for a short period of time during Dane’s minority (arguably in a position to provide financial support from 1997-2001).

Despite the excitement of the press headlines, it is highly unlikely that Ms Wyatt will be awarded a significant proportion of Mr Vince’s assets considering their short marriage, the short period of time during which he had significant sums of money during their son’s minority, that all of the wealth was acquired after the marriage, and the fact that so much time has elapsed since their separation.

This will undoubtedly prove an interesting case at substantive hearing.

Update: After a protracted High Court battle, the ex-couple reached settlement in June 2016. Mr Vince paid Ms Wyatt £300,000 in full and final settlement of all her claims in addition to the £325,000 Mr Vince had paid in respect of Ms Wyatt’s costs.

Do you need to get a ‘pet-nup’?
This site uses cookies. Find out more. Continued use of this site is deemed as consent.   CLOSE ✖