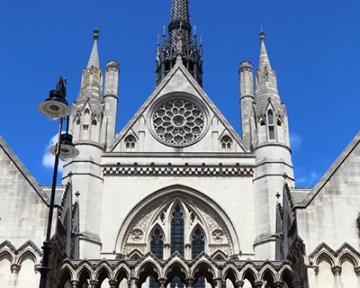 At the Royal Courts of Justice on 20 May 2016, Mr Justice Cobb presided over the latest instalment of the Wyatt v Vince financial legal battle. He ruled that the final settlement reached by the parties should be published and that the husband should contribute to the wife’s legal costs for the hearing in May, given that he had refused to sign the agreed consent order.

The applicant, Kathleen Wyatt, and the respondent, Dale Vince, divorced in 1992 after a significant separation. In 2011, Ms Wyatt brought a financial remedy claim against her former husband, 19 years after the decree absolute was granted. Both parties had no money at the time they divorced, and Ms Wyatt continued to live off a low income while caring for their son. However, after their divorce, the husband founded a successful energy company, Ecotricity, valued at approximately £57 million.

Ms Wyatt’s claim was rejected by the Court of Appeal. However, in March 2015, the Supreme Court ruled that under s.25 of the Matrimonial Causes Act 1973, Ms Wyatt should be able to bring a financial claim despite the significant delay in initiating proceedings, so that her contribution to the marriage could be given appropriate consideration. Lord Wilson, in his judgment, considered that there shouldn’t be a time-limit where financial provision was never considered, and that the applicant should only expect a “modest settlement”.

The judgment of Mr Justice Cobb was handed down on 10 June 2016. On 20 May, he presided over a hearing to consider the balance of privacy and publicity in financial remedy cases, and to determine the costs of an “abandoned” Dean summons.

The parties reached a settlement on 24 March 2016 through solicitors’ correspondence. Mr Justice Cobb approved the terms of the settlement, and then had to consider whether those terms should be made public (which the husband did not agree to) and whether the husband should pay the wife’s reasonable costs for the 20 May hearing, which was listed as a Dean summons.

Mr Justice Cobb ruled that the settlement should be upheld as the terms were reasonable and the wife was aware that she would only be entitled to a “modest” sum in accordance with the Supreme Court judgement. He also determined that the terms should be made public. The settlement stated that:

“i) That in full and final satisfaction of all forms of financial relief (including claims as to income, capital, property adjustment, pension, and inheritance), the husband will pay the wife a lump sum of £300,000; ii) That the wife will retain the husband’s payment on account of £200,000 towards her costs of the appeal to the Supreme Court, in addition to the award of £125,000 towards her costs made in December 2012.”

The husband conceded that the figure reached in negotiation was “merely to weigh off this litigation at this stage as cost-effective as he can.” However, Mr Justice Cobb considered that £300,000 was within the brackets of possible awards contemplated by Lord Wilson at the Supreme Court hearing. He therefore approved the terms of the settlement and the consent order.

The majority of the 20 May hearing concerned the issue of publishing the terms of the settlement reached. The husband wanted the court to prohibit such an action, whereas the wife considered this an unreasonable and disproportionate request on the facts of the case.

Counsel for the wife sought “unrestricted right to say ‘anything to any third party’ about the parties’ marriage, the financial litigation and/or its conclusion.” However, during the hearing the wife’s Counsel “refined” this request to the publication of only the terms of the settlement.

The wife’s position was that most of the personal information had already been published in the Supreme Court ruling and other previous judgments, and that there was no issue as to commercial sensitivity, as the husband had not disclosed any information that was not already in the public domain. In the last two years, the wife’s Counsel emphasised that the husband had frequently spoken freely to the media about the case and his situation, and to restrain the wife from doing the same would be hypocritical. Therefore, as this request for privacy was only an “afterthought” and the wife hoped to avoid any further litigation in court due to the emotional and financial cost, the court should determine that the terms should be made available to the public.

In contrast, the husband’s Counsel sought complete confidentiality through mutual undertakings as to non-publication. During the hearing, however, the husband’s Counsel abandoned this request entirely and considered that the general privacy warranted by such hearings was sufficient. Counsel emphasised that the wife should have made an application to the court requesting permission to publish any information, and it was not in the public interest to now reveal the terms of a settlement reached in private.

At the hearing, the husband’s Counsel conceded that the husband “no longer opposed the publication of the terms of the settlement provided that the extent of the wife’s outstanding indebtedness to her solicitor could also be revealed”, thereby revealing the net value of her award.

Using previous case law, including the judgments in Fields v Fields and Cooper–Hohn v Hohn , Mr Justice Cobb considered the starting point in financial remedy proceedings is that they are usually conducted in private (r.27.10 FPR 2010). The present case is no exception, with the settlement being reached through private negotiation. Although judgments from the Supreme Court and Court of Appeal are exempt from this rule, “the parties are generally afforded anonymity in any reporting of judgments flowing from such proceedings.”

However, Mr Justice Cobb emphasised the importance of the “powerful – indeed fundamental – constitutional principle of open justice.” Cobb J considered that the recent trend in Family Courts has been towards openness, “in order to improve public understanding of the family court process, and confidence in the court system.” This principle when combined with Freedom of Expression, as represented by Article 10 of the ECHR, presents a strong case for the settlement and judgment in the present case to be made available to the public.

As stressed by Counsel for the wife, a lot of the information in this case has already been made public due to previous hearings and the husband’s company having public records. Therefore, Mr Justice Cobb considered that following the judgment of McCartney v Mills McCartney and Blunkett v Quinn , as the majority of the financial information in the proceedings was already in the public domain, the judgment could be placed likewise.

Mr Justice Cobb determined that there is a public interest in the final outcome of the case, as the wife’s “application has generated considerable attention and speculation in legal circles, and in the national media…further, and of importance, there is a public interest in disseminating the fact that these parties have, in the end, been able to reach a negotiated settlement without a trial.” Given their widely publicised opening positions being pitched £2 million apart, “the public should know that compromise is achievable.”

Cobb J denied the husband’s terms that publication of the settlement should only be permitted if the wife’s cost liability is published alongside in order to reveal the actual financial benefit to the wife. The judge conceded that at this stage the net amount to the wife is still unknown as her solicitor’s final bill has not yet been presented and is still potentially open to negotiation:

“It is plainly not in the public interest for potentially misleading information to be published about the outcome of this case, and its actual financial impact on the parties.”

Therefore, Mr Justice Cobb prohibited the disclosure of the net amount to the wife after her outstanding costs bill was paid. The husband had not revealed any information as to his own legal costs and therefore the judge decided that it would not be fair or reasonable to order the publication of the wife’s outstanding cost liability without comparable figures from the husband.

Cost of the Dean summons

On 11 April 2016 the husband refused to sign the consent order without mutual undertakings, threatening injunctive orders if the wife refused, which she did. On 15 April the wife’s solicitors issued a Dean summons (in accordance with Dean v Dean ). Then on 12 May 2016 the husband’s solicitors confirmed that the husband had agreed to be ‘pragmatic’ and sign the consent order without requiring the undertakings.

The need for the Dean summons had therefore been “overtaken by events,” as the husband had abandoned his request for undertakings. However, the W’s solicitors had incurred costs in issuing the Dean Summons and preparing for the obviated hearing. Mr Justice Cobb stated that:

“In these circumstances, I see no reason why the wife should not be entitled to recovery of the costs of issuing the Dean summons, as they stood at 13 May.”

Cobb J considered that from 15 April to 13 May the wife’s costs could not have reasonably exceeded £1,000 in respect of the Dean summons, and so awarded costs to the wife of this amount.

This case has been progressing through the Family Courts for five years now, and has now reached its conclusion with a “modest sum.” There is a strong urge now to question whether this up-hill legal battle was worth the trouble given that a large proportion of Ms Wyatt’s settlement will be absorbed in legal costs. However, disapproval must be placed squarely at the husband’s door for forcing Ms Wyatt to litigate this case for such a long period of time only to offer a “modest” settlement at a very late stage in proceedings. The offer could have been made far earlier and then would have served, as he stated, to “weigh off this litigation at this stage as cost-effective as he can.”

No award for costs was granted for this issue of ‘publicity’ as:

“Neither party has succeeded in persuading the court of the merits of its position; indeed both parties retreated somewhat at the hearing from the stance they had respectively adopted in correspondence and in their opening position statements.”

Ms Wyatt is therefore to receive a lump sum payment of £300,000 from Mr Vince, in addition to £1,000 in costs for the Dean summons, and costs up to the Supreme Court. Publication of the final cost bill for the applicant’s side of the case to calculate her net-award has been prohibited by Mr Justice Cobb as it would be unreasonable without the reciprocal disclosure from the husband. However, publication of the terms of the settlement were considered to be in the public interest due to the legal interest generated by this mammoth case.

Mamma mia: ex-wife’s alimony is handed over in slices
This site uses cookies. Find out more. Continued use of this site is deemed as consent.   CLOSE ✖