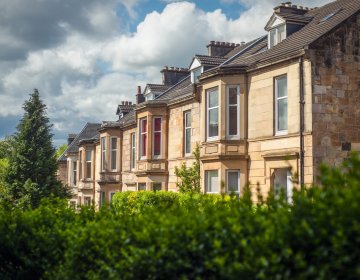 What happens to the family home as a consequence of divorce proceedings is a particularly emotive issue for many separating couples. Any urgency in needing to deal with the property issue presents both parties involved, and the courts, with an even bigger challenge. This case will be reassuring to many parties still living in the former matrimonial home during proceedings, as it shows that a party’s occupational rights can win out over the wishes of the non-resident party to sell the property as soon as possible.

In this case, a divorcing couple in their mid-fifties disagreed over when the former matrimonial home should be sold, and at what price. The couple were married for around 25 years before separating in 2016. The couple had three children, the eldest was in tertiary education away from home, the youngest was pre-GCSEs at a boarding school and the middle child was living in the property with the wife whilst attending a local independent sixth-form.

The wife (W) had previously had a successful career but was not working at this point. The husband (H) had been CEO of a company but that company had gone into liquidation and H lost his £250,000 income, changing the family’s financial situation virtually overnight. H was claiming job seekers’ allowance whilst living at the family’s holiday home.

Divorce proceedings began in 2017. W agreed to the future sale of the former matrimonial home in her Form E. The house had been on the market for around two years. There was an outstanding mortgage on it, but the provider had agreed to repayments being suspended until April 2018. The house was originally marketed at £950,000 and when an offer below that level was withdrawn, the price was dropped to £850,000. In October 2017 the prospective buyers offered £775,000 and then £785,000. They were keen to complete before the end of March 2018. H wishes to accept the offer, at the behest of the selling agents.

W, however, opposed this sale. She did so for two reasons. Firstly she believed it paramount that the couple’s middle child be allowed to complete A-Levels whilst still resident in the house, in order to minimise educational disruption. Secondly, she believed that the sale at £785,000 represented a significant undervaluation of the property. The solution W put forward on 16th October 2017 was that she be solely responsible for the mortgage payments until financial remedy proceedings are completed; she wanted to remain in the house with the middle child for 18 months.

On 14th November 2017 H applied for financial relief on his Form A. He sought a lump sum order, a property adjustment order for the former matrimonial home and a pension sharing order.

On 24th November 2017 H made a separate application for an interim order of sale of the house, on the basis that W was refusing to sell to the prospective buyers who had made the offer in October. He made this under Part 18 of the Family Procedure Rules 2010 (FPR 2010). Cobb J noted that there was “no indication on the face of the application form as to the jurisdictional basis for the order sought”.

The District Judge decided to make the order requested, based on the facts that both parties were already in agreement that the house should be sold at some point, that the sale would help alleviate the family’s troubling financial situation and the offer "…is the best that is likely to be received in the current and foreseeable climate", as well as because there were suitable properties available for the parties to buy or rent to live in.

W applied for permission to appeal, on grounds that the judge had not recognised that FPR 2010 did not give him jurisdiction to terminate W’s rights of occupation and that judicial discretion had been exercised inappropriately.

This led to the court needing to consider three key issues: i) whether permission should be granted, ii) what was the effect of the FPR 2010 on the court’s jurisdiction to grant the order for sale, iii) if there was not jurisdiction under FPR 2010, was there another route to the granting of the order?

Cobb J noted that “The only substantive application before the Court, in this case, is the husband’s application for certain limited and specific forms of financial relief under section 23 and section 24 Matrimonial Causes Act 1973”. Under s23(5) and 24(3) MCA 1973 those orders can only be made after the decree absolute, which had not yet occurred in this case. Cobb J cited BR v VT [2015] on this point. Cobb J held that rule 20.2 FPR 2010, which details a situation in which a court may grant an order of sale as an interim measure, cannot be read to give the court jurisdiction to grant such an order where there is a specific statutory prohibition against such an order on the facts of the case. The rules are procedural and are designed as an aid to exercising discretion where it is given, not to widen jurisdiction.

Could the order be granted via an alternative route?

Whilst there was no jurisdiction using rule 20.2 FPR 2010 as its basis, “it is equally well-recognised that the court possesses the power to make interim orders for sale of matrimonial property under section 17 MWPA 1882 (as amended) and under sections 13 and 14 TOLATA 1996.”

“The conjunction of sections 13 and 14 of TOLATA 1996 enable the court not only to order sale, but also to order that the beneficiary should give vacant possession of land.”

However, no such application had been made in the case at hand. Cobb J decided that “Given the implications of the relief sought, it would not be right for an application of this nature to be deemed to have been made, or otherwise inferred.” Without a dedicated application under the correct statute, H could not achieve his goal. In addition, any order for vacant possession under s17 MWPA 1882 would require the court to carry out the s33 FLA 196 exercise set out by Mostyn J in BR v VT [2015]. This had not been done by the district judge and “Even if he had undertaken the section 33(6) exercise, he could not have ’terminated’ the wife’s rights of occupation on these facts because she had the protections of section 33(1)(a)(i) FLA 1996, which permits the court only to ’prohibit, suspend or restrict’ her rights of occupation.”

Even if there was a proper application made to which rule 20.2 FPR 2010 could be applied, W would still succeed in her appeal. This was because the rule requires that there be a “good reason” for sale—on which Cobb J said “one knows a ’good reason’ when one sees one” and that the court exercises its discretion correctly. Cobb J held that what should be considered when exercising discretion will depend on each case, but noted that Wilson LJ in Miller Smith v Miller Smith [2009] said that sale of the home will usually be better dealt with as part of an application for ancillary relief. The district judge did not take these points into account before deciding that rule 20.2 FPR 2010 gave him jurisdiction to make the order for sale.

Cobb J allowed W’s appeal. The result was that the home would not be sold as an interim capital relief measure. Cobb J called for reform on the law surrounding interim capital relief, suggesting that the issue could be considered as part of the outstanding proposals to delink divorce from financial remedy proceedings.em

What benefits could the heterosexual civil partnerships bill bring cohabitees?
This site uses cookies. Find out more. Continued use of this site is deemed as consent.   CLOSE ✖