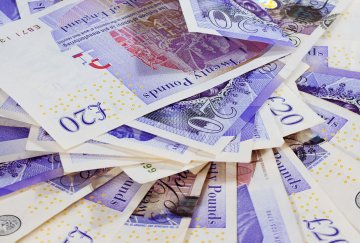 In December 2014, the Working Group on Financial Remedies published its final report, which put forward a number of recommendations for improvement of financial remedies in family law.

Resolution, a group that campaigns for improvements to the family justice system, has now taken on board the opinions of its member body and, in light of these opinions, responded to the initiative.

In some areas Resolution offers support, in others it offers further proposals for reform and in response to some suggestions it offers alternative recommendations entirely.

One of the main recommendations of the Working Group is that there be a unified procedure for all financial remedy applications.

Resolution has responded to this proposal with concern. They state that since the bulk of the work relates to low net worth cases, it is important that the process is an affordable one. Under the report’s unified procedure, a full financial remedy process, involving three or four hearings, would apply across the board.

Resolution argues that the current shortcut procedure under Chapter V, which allows for a shorter procedure in certain cases, should be retained since it avoids high costs where relatively small sums are at stake.

For Resolution the priority should be affordability, not unification.

The Working Group has made an attempt to limit the cost implications of unified procedure via another of its recommendations, referred to as the ‘Accelerated First Appointment’ scheme.

Under this recommendation the majority of First Appointments should be used as a Financial Dispute Resolution meeting. Given that a Financial Dispute Resolution meeting is used for negotiation discussions, this proposal is intended to encourage early settlement of cases, and accordingly avoid parties incurring the costs of taking a case all the way to an FDR, or even a Final Hearing.

The members of Resolution, however, believe that the approach that has been proposed by the Working Group could actually have the impact of increasing costs for litigants.

Litigants may be inclined to over-prepare for a First Appointment, just in case the judge elects to treat it as an FDR. Also, solicitors who are willing to appear as advocates at a First Appointment in order to reduce costs would often not be willing to do so at an FDR, meaning that counsel may be instructed earlier than may be necessary.

For these reasons Resolution does not go so far as to think that the rules should require the parties to attend every First Appointment, on the basis that they should be prepared to treat it is an FDR. Instead, Resolution thinks that we should focus on implementing a system that encourages early settlement, so that there will be more cases where it is appropriate to use the First Appointment as an FDR, without requiring unwilling parties to do so. Resolution suggests that one way of encouraging early settlement would be a rule allowing ‘without prejudice save as to costs’ offers to be taken into account. Such a rule should not be too prescriptive but would allow judges discretion to consider ’Calderbank’-style offers in light of all the circumstances of a case.

Finally, the Working Group is of the view that the financial remedy applications should be de-linked from the actual divorce petition.

Resolution welcome, in principle, this broad objective but feel that further consideration needs to be given to the practical implications of such a move. For example, where there is a ’jurisdiction race’, it would need to be considered whether either spouse would be disadvantaged by delays in issuing a divorce petition because of a new administrative regime being implemented in the UK.

Caution also needs to be afforded to the fact that a large proportion of the public is still working under the misapprehension that there are common law rights for unmarried partners. On this basis, they will leave financial matters unresolved, without the benefit of legal advice.

Family courts to give children more of a voice, Justice Minister tells the FJYPB

Family feud over Robin Williams’ estate
This site uses cookies. Find out more. Continued use of this site is deemed as consent.   CLOSE ✖