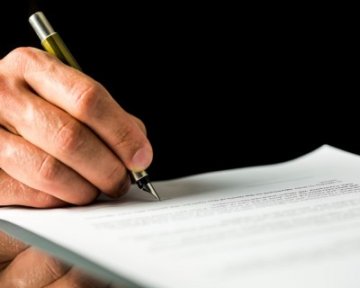 This week, the High Court heard a dispute over a deceased man’s will, which included a clause that gave his wife control over his daughters’s £9M trust fund. Richard Thornton, a wealthy financier, died in 2013 aged 81. The dispute before the court is between the stepmother and the deceased’s two daughters, the latter claiming that their father was coerced by the former into signing the last version of his will in 2009.

The divided family’s bitter row has evinced a battle turning on the law on the validity of a will and the factual matrix surrounding the will signed by the deceased.

In order for a will to be valid, there is a tripartite criterion that must be met:

Mr Thornton’s daughters’ argument centres on the fact that their father lacked mental capacity. Their claim has emphasised their father’s alleged inability to comprehend the extent of his actions at the time of executing the will, due largely to their estranged stepmother’s behaviour. The daughters argue that their stepmother “bullied and dominated” their father.

There are various tests to determine whether a testator did have the required capacity in order to ensure a will is valid. The general rule for testamentary capacity is underpinned in Banks v Goodfellow (1870) as requiring “soundness of mind, memory and understanding”. This definition encapsulates that one must understand the nature, extent and moral gravity of the situation in order to have the requisite capacity for a valid will.

The sisters’ argument has been rebutted by the stepmother’s statement that they “were both strong-minded individuals and each of us had our opinions, but we always respected each other’s views”. The stepmother claimed that she had cared for her husband around the clock during his decline in health but stressed that his mental capabilities were largely unaffected.

The law stipulates that mental capacity is required at the time of a will’s execution. The only exception to this rule was held in Parker v Felgate (1883), in which a will can remain valid if the following three conditions are satisfied:

If we align these requirements with Mr Thornton’s daughters’ belief that their father did not “know or understand” the will he signed in 2009, then it follows that the Parker v Feldgate exception could indeed apply. However, a presumption of testamentary capacity is often taken by the courts where the will appears rational without evidence to the contrary. Therefore, the daughters will need to evince material evidence to counteract the presumed capacity if they are to successfully contest their father’s will.

The hearing continued throughout this week, pending judgement.

Court orders that it is "essential" for children to see father who has left Ultra-Orthodox religious community
This site uses cookies. Find out more. Continued use of this site is deemed as consent.   CLOSE ✖