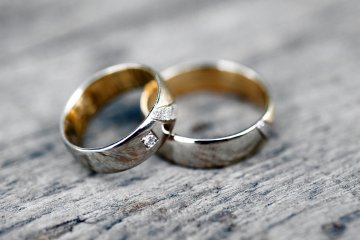 They say that Hollywood success puts strain on relationships and leads to multiple marriages and divorce, but it seems that you don’t have to be an A-lister to rack up a fair few partners. You also don’t need to divorce them all. In New York, a woman from the Bronx, Lianna Barrientos, is facing criminal charges after it emerged that she has allegedly married ten times without ever filing for divorce.

Lianna Barrientos is alleged to have been married ten times

In fact, she’s alleged to have married ten men in 11 years between 1999 and 2010, and six in a single year, making her decidedly non-single and rather prolific. All marriages are reported to have taken place within New York State, but in different towns, mainly in Westchester County and Long Island. It was in 2002 that she was the busiest, marrying six men in total.

Barrientos was found out after marrying her tenth husband, Salle Keita in 2010. In the court documents it’s reported that she “… stated in sum and substance that she did marry Mr. Keita and that was her first and only marriage.” As a result of her numerous nuptials she’s been charged with two counts of ‘offering a false instrument for filing’. This is a felony offence that involves ‘written instruments’ filed with a public office, such as a marriage certificate. Both offences carry a maximum penalty of four years in jail.

It seems that Ms Barrientos, originally from the Dominican Republic, included various spellings of her name on the multiple marriage certificates. Although she has apparently never filed for divorce herself, it is reported that she had been divorced from husbands numbers one, two, five and seven; these husbands may well have named her in their divorce petitions.

Although it would seem to fall into the category of bigamy, there are no signs as yet that there will be other charges brought than those stated above, not even bigamy. It’s unclear whether any of the husbands will be charged with anything. It’s also unclear as of yet what her motives might be, though it has subsequently emerged that seven out of the ten husbands filed for American green cards to become permanent U.S. residents within weeks of the weddings. Ms Barrientos pleaded not guilty to the charges.

Divorce and Health: Broken hearts can cause real heart damage
This site uses cookies. Find out more. Continued use of this site is deemed as consent.   CLOSE ✖