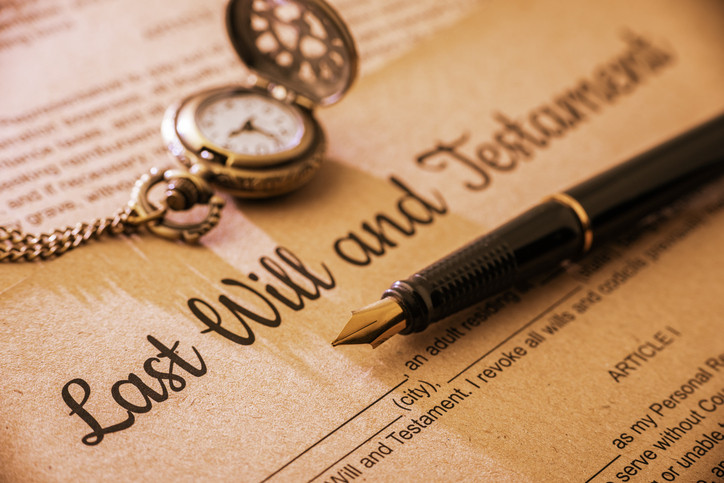 The High Court has ruled in favour of an elderly woman in her Inheritance (Provision for Family and Dependants) Act 1975 claim whose late partner and cohabitee of more than 40 years had not provided for her in his will.

The Claimant, a 79 year old woman named Joan Thompson, lived with her partner, Wynford Hodge, on his property for 42 years. She was entirely financially dependent on him during this time. She provided care for Wynford’s mother at the end of her life and cared for Wynford himself when he was unwell. As Joan’s own health deteriorated, Wynford took over care for her - when it deteriorated to the extent that she had to move out to a nursing home, Wynford purchased a caravan near their property for the express purpose of being able to bring her home. After Wynford’s death, she returned to the nursing home.

Over the length of their cohabitation, Wynford made several wills. They all provided for Joan, save the last. Dated 19 December 2016, this last will explicitly excluded her and left everything he owned- amounting in value to about £1.5 million - to the tenants of one of his properties. An accompanying letter of wishes explained that Wynford did not believe that Joan needed provision as she had sufficient assets and income to provide for herself. He also believed that she would be unable to continue to live outside of a nursing home after his death. However, the court heard that Wynford was mistaken about both these facts: Joan had very little by way of either savings or income. Her significant needs due to her ill-health certainly outstripped them as she would need a care package to live outside the nursing home as she wished to do.

On this count, expert evidence showed that not only would she be capable to leave the nursing home if appropriate provisions were made for her, but in fact it was recommended in order to stop her becoming institutionalised. Her son Dean and his wife were ready to take on the responsibility of Joan’s care. However, there was another aspect to Wynford’s exclusion of Joan from his will. He did not wish for Joan’s children to benefit from his estate as he did not think them trustworthy. He mentioned Dean in this light by name.

Once counsel for the inheriting tenants conceded that reasonable financial provision had not been made for Joan’s maintenance, the main dispute in the case was what would actually be needed to satisfy this requirement under the Inheritance Act. The estate included a number of properties, including a cottage which had been purchased immediately prior to Wynford’s death with a view for his and Joan’s retirement. Her legal team suggested a lump sum of cash to cover care costs, plus the transfer of the cottage to Joan for her to live in was necessary to constitute reasonable financial provision. The defendant’s legal team argued that all that was needed was a life interest in a property, especially when taking into account Wynford’s express wish for Joan’s children not to benefit from his estate.

Despite giving "appropriate weight" to Wynford’s wishes, the Court could not let this interfere with their responsibility to award the provision necessary for Joan’s maintenance. They agreed with Joan’s legal team that a reasonable provision would include the outright transfer of the cottage to Joan and a lump sum of £160,000 to provide for living costs and care. In this decision, the Court referred to the famous case of Ilott v the Blue Cross, where only a life interest was given, but then reiterated the fact that all cases are fact-sensitive. In Joan’s case, it was reasonable for the cottage to be transferred outright, taking into account all the particulars and because it would allow Joan to more easily make renovations in the property which were needed to allow her to live there. Some money was also awarded to her for this purpose. The outcome left a large inheritance for the beneficiaries under Wynford’s will but avoided leaving Joan without reasonable financial provision.

Some lawyers think this new judgment could pave the way for cohabitees to secure larger financial provisions that more closely reflect their contribution to or investment in the relationship. The court recognised that all cases are fact-specific and it may be necessary to make a capital transfer to provide the right level of maintenance on the facts. Other lawyers believe that the facts are important enough here to distinguish it from any others - the length of cohabitation was exceptional and Wynford acknowledged the need for Joan’s maintenance even in his will. He also did not leave his estate to his children or other family members, which is where conflicts often emerge. This means it may actually have limited effect on other cases involving cohabitees.

Judges have called for legal reform following a series of "unfair" cases which left cohabitants penniless following the death of their partner. Despite the growing prevalence and acceptance of cohabitation, cohabitees will have little legal recourse if their partner dies without leaving a will or a will which does not provide for them. Nearly six million people cohabit in the UK today. Many could be in a precarious financial position if their partner dies, something they may only discover at an intense emotional time, with very little time to pursue a legal claim. Intestacy laws simply do not reflect the more complex familial structures in today’s society.

Mensah v Mensah: Competing divorce proceedings
This site uses cookies. Find out more. Continued use of this site is deemed as consent.   CLOSE ✖