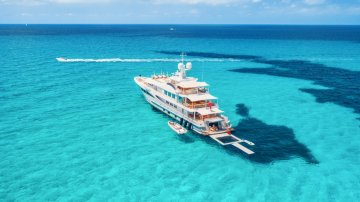 An estranged wife has been awarded £453 million in one of the largest ever divorce settlements in the UK. The case, heard in London by Mr Justice Haddon-Cave, upheld the English courts’ principle that there is to be no discrimination between the contribution of the breadwinner and homemaker.

The Russian husband, 61, who is an oil and gas trader was already divorced when he met the wife, 44, when she was studying in Moscow in 1989. In 1993 the pair moved to London where they had two sons who now live in luxury London apartments with a combined value of £36 million, bought for them by the parents. The husband is non-resident in the UK for tax purposes and can only spend 90 days a year on British soil.

Both parties engaged in extra-marital affairs but the wife insisted that her infidelity did not end the marriage as they continued as a couple until 2013, a fact which the husband contested. The judgment records her position on adultery:

“She said that marriage can survive affairs, and this marriage was one of them. She said had had numerous affairs himself during the marriage and had a child by another woman in 2013.”

To prove her point, the wife produced photographic and documentary evidence including holiday snaps and emails, in many of which the husband referred to her as “my wife”. Haddon-Cave J examined the evidence and found that they did indeed have a “subsisting marriage” as they continued to go on holiday together, sleep together, share credit cards and the use of his private yacht, plane and helicopter.

The wife originally sought £350 million, including funds to purchase a home in England, a property abroad and £5.36 million a year as living expenses. She then amended her claim to allow for the chattels of their English home, their Aston Martin and modern art collection. The judge approved this new sum of £453,576,152 saying “I find that this figure is justified in all the circumstances”. The husband, who gave evidence video-link from his £220 million yacht, attempted to use the argument of “special contribution” to secure himself over 50 percent of the sum. Judge Haddon-Cave dismissed this claim, ruling that a 50/50 split of the marital assets would be appropriate as their finances vastly out-stripped their needs. This decision is in line with the principle that the contribution of the breadwinner and homemaker are of equal importance under English law.

The largest recorded divorce settlement before this mammoth award was that of Jamie Cooper-Hohn in 2014, given over £330 million from her financier husband Sir Chris Hohn. Only last month the ‘titanic’ case of Chai v Peng concluded with Vardags’ client, Pauline Chai, awarded £64 million and, last year, Christina Estrada’s £75 million settlement following an overseas divorce grabbed the media’s attention.

Having a case of this scale heard in London is further proof that this is the divorce capital of the world for high net worth and ultra high net worth couples. With many wealthy couples opting for private divorce and arbitration, we cannot know whether this is the highest divorce settlement ever. However, it will certainly encourage the financially weaker parties of other high net worth couples to bring their divorce to London, where the courts are renowned for their fairness.

‘Silver singles’ on the rise in the UK, reports ONS
This site uses cookies. Find out more. Continued use of this site is deemed as consent.   CLOSE ✖