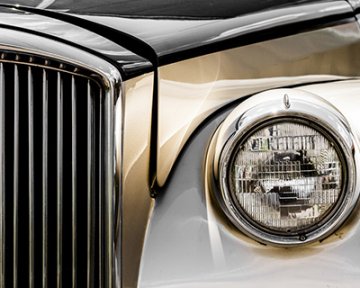 Mari Vindis is contesting her late husband’s will, which left her with £36,000 -pittance compared to the £6 million she alleges she would have gained in her divorce, had her estranged spouse not died during proceedings.

As reported by The Telegraph, Mrs Vindis separated from Nigel Vindis, of car dealership chain Vindis Group, in 2011 and filed for divorce two years later. Less than two months after this, however, Mr Vindis passed away in hospital, aged 58.

During the latter stages of his illness, Mr Vindis prepared a will and a letter of intentions, which left the majority of his £12 million fortune to his two adult children, cutting Mrs Vindis out of the lion’s share of his estate.

In what would be a landmark judgement, Mrs Vindis is now hoping that the High Court will “make legal history” by rewriting her husband’s will in order to make “reasonable provision” for her.

The pair were teenage sweethearts, Mrs Justice Asplin heard, and enjoyed a relationship spanning four decades, during which Mrs Vindis was primarily a stay-at-home mother and homemaker, whilst Mr Vindis’ business, co-run by his brother, “went from strength to strength”.

Since the seminal judgement in White v White , the division of assets in divorce have stopped been automatically weighted in favour of the breadwinner, with courts recognising the value of non-financial contributions towards the family, and ensuring that this is reflected accordingly in the division of wealth and property.

Mrs Vindis’ barrister David Rees claims that “the whole of the value of……estate has been built up during the course of the marriage”, which he describes as a “partnership”. Thus, Mrs Vindis’ claim that she would have received half her late husband’s fortune had he not died is not an unreasonable assumption.

Whilst the terms of a will being overturned is a rare occurrence, it’s far from unheard of. As we reported last year, the Court of Appeal recently awarded a large portion of a mother’s estate, to the tune of £486,000, to her disinherited daughter who, like Mrs Vindis, contested the will on the grounds that there was no “reasonable provision” for her needs. For Mrs Vindis, there is far more money at stake and, if successful, she will receive the largest ever award in a case of its kind.

The prospect of a win could be cause for concern for those who worry that their wishes won’t be honoured upon their death. In Mrs Vindis’ case, her own children have expressed unease, with daughter Gabriella stating that should her mother’s claim succeed, it would “drive a coach and horses” through her father’s wishes.

The case has been adjourned for further evidence to be disclosed.

Ayesha Vardag for the Daily Telegraph - "Divorce law in Britain is outdated - and designed to make couples suffer"
This site uses cookies. Find out more. Continued use of this site is deemed as consent.   CLOSE ✖