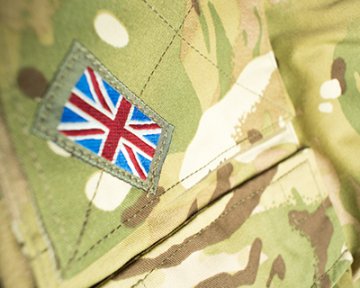 Susan Rimmer from Otley, West Yorkshire, has been told by the Ministry of Defence that she must divorce and remarry her second husband in order to claim her first husband’s military pension.

Private Jim Lee, Mrs Rimmer’s first husband, was killed while serving in Ireland in 1972. She was aware that, when she married her current husband in 1989, the rules at the time meant that she would forfeit her first husband’s military pension.

However, in 2014 the government announced their plan to amend the rules, which had at that point denied military pensions to over 4,000 widows and widowers. In April last year these changes came into effect so those who remarry, cohabit or enter a civil partnership would still be entitled to a military pension for life.

Mrs Rimmer, along with hundreds of others, assumed that she would be included in this change of regulations. Not according to the MOD. As she remarried before 2005, the arbitrary cut off point for those who have remarried, she has been told she will be unable to claim her dead husband’s military pension.

There is, however, a loophole. If Mrs Rimmer were to divorce her new husband and remarry him, or if he were to die, she would be entitled to Jim’s pension. “The MOD told me that I could only get it if I got divorced or if David dies.” She told the Daily Mail “It is not a nice thing to be thinking of, as last year was very difficult after he was diagnosed with bowel cancer.”

“Why do we have to go through this? Nobody wants to get a divorce, especially when you love your husband and have a good one like I do. It is not about the money but the principal . All war widows should be treated the same. If it really comes down to it, we might have to do it but it is just really sad. I don’t want to have to get divorced.”

James McAvoy and Anne-Marie Duff to split after a decade of marriage
This site uses cookies. Find out more. Continued use of this site is deemed as consent.   CLOSE ✖