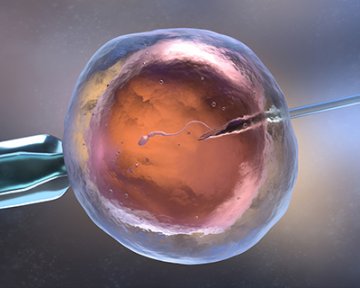 Maria Gonzalez, a Spanish widow, has asked the French government to surrender her deceased husband’s sperm so that she may bear his child. However, it is illegal in France to use a dead man’s sperm for insemination.

Gonzalez’s husband, Nicola Turri, had his sperm frozen in 2013 after he was diagnosed with cancer. His samples are currently being held in a sperm bank in Paris.

After a period of remission, Turri was diagnosed with leukemia, prompting him to schedule a meeting with an attorney on 9th July 2015. He planned to consent for his wife to undergo Assisted Reproductive Technology treatment should he pass away.

Gonzalez’s attorney told AFP news that Turri died an hour before that meeting was due to take place.

Gonzalez told FranceTV that she wanted “to be the mother of my life partner’s child,” and that she hoped the courts would acquiesce to her late husband’s wish.

An administrative court denied Gonzalez’s request on Friday, despite Turri’s will, which permits his wife to use his sperm in the event of his death. The court also ruled in the face of evidence that the couple had attempted insemination before Turri’s passing.

The Council of State banned the post-mortem transfer of embryos in 2009, arguing that the resulting children “might be exposed to factors, which could contribute to imbalance or psychological hardship associated with the position of a child born out of grief.”

It seems unlikely that the law will change, but Gonzalez may yet be able to conceive in Spain, where she now resides. “The state wants such and such law to be in place in the territory but does not forbid nationals to do whatever they want abroad,” Véronique Fournier, director of the Clinical Ethics Center in Paris, told VICE News.

Gonzalez has appealed to the Council of State, and plans to take her case to the European Court of Human Rights if her request is denied again.

Post-mortem insemination is legal in Spain, but only within a year of the father’s death. If she is successful in obtaining her late husband’s sperm, Gonzalez has until 10th July to attempt insemination.

When can or should a child be deprived of liberty?
This site uses cookies. Find out more. Continued use of this site is deemed as consent.   CLOSE ✖