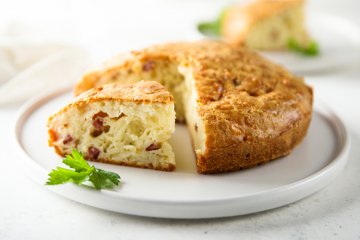 In a somewhat unusual case before the Court of Protection, a divorced woman has lost control of her mother’s finances after she spent up to £250 a month on pastries.

Senior Judge Denzil Lush heard that the daughter, in her 50s, would frequently show up at her mother’s nursing home armed with carbohydrate-heavy party food such as sausage rolls, cakes, pork pies and biscuits.

Most of these sundries would end up being thrown in the bin, but her elderly mother, who suffers from dementia, occasionally threw them at nursing home staff.

Senior Judge Lush described the daughter as being “adamant” that she knew what was best, while acting out of “ignorance”. While the mother was well-fed and cared for in the nursing home, the daughter was wasting her mother’s money on unnecessary and superfluous food.

Taking away the daughter’s control of her mother’s finances, Senior Judge Lush ruled that the mother required supervision from the Office of the Public Guardian (OPG). The OPG is an executive agency, sponsored by the Ministry of Justice, which protects those who lack the mental capacity to make decisions about key issues such as their finances.

The numbers are in for same-sex marriages
This site uses cookies. Find out more. Continued use of this site is deemed as consent.   CLOSE ✖