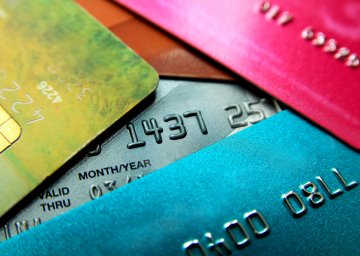 In the case of Whitlock v Moree, the Privy Council held that a surviving joint bank account holder is entitled to the beneficial interest in the monies held even when the deceased had paid the entirety of the funds into the account, absent special circumstances such as fraud. Monies held in joint bank accounts are subject to any arrangements set out in the account’s documentation.

Mr. Lennard and Mr. Moree were joint account holders on an account with First Caribbean International Bank. Mr. Lennard, who had contributed the entirety of the $190000 funds, died in 2010.

When the joint account was set up, they had both signed fairly standard opening documents, which included a provision – Clause 20 – stating: “Unless otherwise agreed in writing, all money which is now or may later be credited to the Account (including all interest) is our joint property with the right of survivorship. That means that if one of us dies, all money in the Account automatically becomes the property of the other account holder(s). In order to make this legally effective, we each assign such money to the other account holder (or the others jointly if there is more than one other account holder).”

Under “State Purpose of Account” they had noted “to pay utilities.”

Issue before the courts

The question that came before the courts was thus: did Mr. Moree have a beneficial interest by right of survivorship in the monies in the account or only bare legal interest by operation of the equitable doctrine of resulting trust, Mr. Lennard having contributed the full total?

The approach of the court of first instance and the Court of Appeal (Bahamas) was that Mr. Moree must rebut the presumption of resulting trust in favour of the estate of the deceased in order to claim a beneficial interest. This burden existed despite the fact that the opening documents for the account applied the rule of survivorship to the credit of the account, which would give the survivor joint account holder – Mr. Moree – sole ownership rights.

The trial judge held this presumption had not been displaced, pointing to the stated purpose of the account. The Court of Appeal (Bahamas) held that it had, with Clause 20 being a strong factor in that decision.

Lord Briggs gave the majority judgment, with Lady Hale and Lord Sumption in agreement. He concluded, after some discussion of case law, that the Privy Council must look at the case based upon first principles as the existing cases cannot be reconciled. Courts have tended to analyse all the facts surrounding the opening of the account in order to determine the intent of the joint account holders – no matter how clear the wording in the opening documents. This has led to inconsistent outcomes.

Lord Briggs considered that if there was documentation relating to the account which clearly set out the joint account holders respective interests that then that documentation was authoritative. This means that joint bank account holders and co-owners of land would be treated similarly, with account opening documents equivalent to Form TR1s. Lord Briggs states: “There is no reason why property which is... described as money in a bank account should be subject to any different principles when the court is called upon to resolve a dispute about its beneficial ownership.”

Courts cannot use the doctrine of resulting trust to “override” explicitly stated wishes of account holders where there were express provisions and assignments in signed writing that gave the surviving bank account holder sole ownership rights. It is not for the courts to determine the intent of the joint account holders in retrospect with “an open-ended factual inquiry” in a situation where, by definition, one of the original account holders will be “unable to give direct evidence of intention.” The only space where this would be appropriate would be an argument based on fraud or undue influence.

Upon inspection of the account opening documents and Clause 20, His Lordship held that the monies passed to Mr. Moree by right of survivorship.

You can read the judgement in full here.

Alabama Senate passes bill to eliminate marriage licenses
This site uses cookies. Find out more. Continued use of this site is deemed as consent.   CLOSE ✖