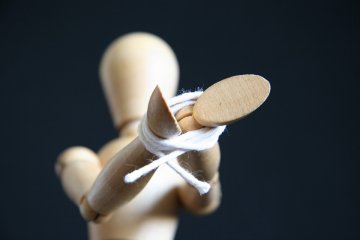 Following the recent public criticism of the way that police respond to domestic abuse in England and Wales, the government has launched a consultation to consider the current law on domestic abuse. The proposal is to introduce a new offence that specifically addresses controlling and threatening behaviour in intimate relationships, designed to complement the law as it currently stands.

At present, a perpetrator of domestic abuse can be prosecuted for individual acts of physical harm, but existing laws do not effectively deal with psychological harm, or the ongoing destructive patterns of control and intimidation which are the reality of domestic abuse.

We have a situation where the police can only take action in relation to ‘domestics’ when an assault has taken place, at which point – if a prosecution is brought – they can find themselves working at odds with a reluctant and vulnerable victim who is completely controlled by the offender. Simultaneously, there will be individuals suffering psychological and emotional abuse which is not considered illegal.

This is a situation we would all like to remedy. However developing legislation to address these complexities is no easy task.

Whilst I commend the government’s attempt to send a clear message from the community and justice system that conduct of this kind is not excusable – indeed, it is criminal – there are complications with enshrining ‘coercive and controlling’ behaviour as an offence in law that may render any new legislation almost impossible to enforce.

Firstly, proving coercive control in court would be extremely difficult. In circumstances where the victims are likely to be in denial about the gravity of their predicament, an offence which is imprecise and ambiguous will seldom assist in providing legal redress, and may further end up confirming many victims’ suspicions that their complaints are exaggerated.

Secondly, having coercive and controlling behaviour dealt with as a criminal offence is quite a different experience for the victim, especially when they remain emotionally attached to their partner. They will have little involvement in the process, with the CPS taking the reins. The criminal court can be unnerving, particularly for women from ethnic communities where issues of ‘shame’ and bringing ‘dishonour’ to the family are at play. A criminal court does not offer the privacy and anonymity that a closed family court would.

Thirdly, the vagueness of the offence makes it open to abuse. Vindictive partners might claim that ‘nagging’ or being prevented from seeing their children constituted the crime. The definition could also be misunderstood by agencies and the police, who may be inclined to wait for a pattern of abuse to emerge before acting on an incident.

As family lawyers we see a whole spectrum of ‘unreasonable behaviour’ within relationships, from erratic mood swings and unprovoked anger, to the overbearing and critical spouse who monitors their partner’s every move and refuses them access to their finances. Such actions are cited to show the ‘unreasonable behaviour’ of a partner in a divorce application. Many of these common examples could potentially fall into the government’s definition of ‘domestic abuse’.

Currently, the vast majority of divorce applications are not defended; not because the respondent admits the allegations, but because individuals acknowledge that fault needs to be placed at someone’s door in order to obtain a divorce. Should this domestic abuse criminal offence come into force, we will surely see divorce applications contested by respondents for fear that allowing the allegations to stand could leave them open to a prosecution. Here we have another reason for reform of the current arrangement and the introduction of a ‘no-fault’ divorce system in England and Wales.

If the proposed changes in the law are implemented, it will be interesting to see how they operate in practice. We would hope that any new legislation is not simply added to a pile of existing laws which are too infrequently applied. It may be correct for the law to acknowledge explicitly an additional offence of psychological abuse and coercive control, but the Home Office must not use these moves to detract from the fact that police response and existing services must be improved with thorough police training in current laws and clear accountability for those who do not take domestic abuse warnings seriously.

Reviewing bank account statements during divorce
This site uses cookies. Find out more. Continued use of this site is deemed as consent.   CLOSE ✖