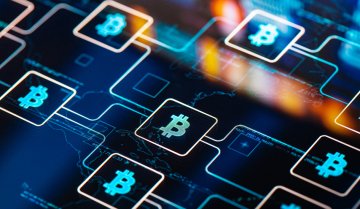 Blockchain is an exciting and improving technology that is set to impact various areas of law. Through offering ‘smart contracts’, blockchain could revolutionise the process of obtaining nuptial agreements.

Blockchain is a real-time digital public ledger of anything that can be recorded. This can include anything from financial transactions to ownership of physical assets. Every record is encrypted and time stamped with only the user being able to edit the part of the blockchain that they ‘own’ through a private key.

The technology has an effective security system and, in theory, is more secure and transparent than our current system of money exchange. This is because the decentralised ledger is distributed across many computers in the blockchain. Therefore, any changes to the ledger require consensus among the network, making it secure to hacking by a minority of computers.

The development of blockchain could lead to drastic changes to the legal industry. It has the potential to impact areas of law such as land registry and deed management, intellectual property rights management and, significantly, the creation of legal contracts. Contract law is one area that will be directly impacted with smart contracts negating the need for human legal action.

A smart contract can be defined as so:

‘A smart contract is a self-executing contract with the terms of the agreement written into lines of code. … Smart contracts permit trusted transactions and agreements to be carried out among disparate, anonymous parties without the need for a central authority, legal system, or external enforcement mechanism. They render transactions traceable, transparent, and irreversible.’

With contracts being central to many aspects of law, including family, this could have a widespread effect. However, there remain huge barriers before existing contractual systems can be transferred onto the blockchain.

In the USA, it is possible to marry with blockchain, using a relatively simple process to save a marriage certificate. Joyce and David Mondrus were the first couple to do so in October 2014It is at the end of a marriage where the legal process becomes far more complex and difficult, often requiring the work of lawyers.

In order to minimise disputes caused by the divorce process, should the parties opt to create a prenuptial contract, this can be inputted alongside the marriage contract. Once entered, an algorithm will run through blockchain. If the parties choose to divorce, the agreement in the contract will be able to be run through blockchain, triggering the division of the assets between the two parties. This can apply to areas such as the division of property, property ownership and the rights of access to children. Further to the automation of procedures set out in the marriage contract, the closure of the contract will not require a notary. The absence of such a requirement will ensure that the procedure is cost-effective with only the cost of the smart contract programmer to pay.

However, one major concern raised about blockchain is that it cannot judge the fairness of the agreements. Where the above issues are disputed, often in high net worth divorce, the use of smart contracts will have to be paired with the work of lawyers in order to ascertain whether the contract remains viable and should be implemented. Without this legal support, the financially weaker party in a divorce may be faced with an unjust settlement. In high net worth divorce specifically, there are risks that fraudulent non-disclosure could be dissimulated through the technology which would stop the parties getting their fair share. Therefore, where there are complex assets involved, it is unlikely that smart contracts will totally revolutionise this area as legal experts and financial analysts will still be invaluable. However, blockchain certainly can be extremely useful in more amicable divorces where less significant assets are at stake.

One factor that makes a divorce via blockchain attractive to high-profile clients is that it can be obtained privately, out of the public eye. This can offer couples the opportunity to bring their relationship to an amicable end and bypass unwanted and invasive meddling from the media and third parties.Eventually, we could see the use of blockchain becoming a requirement in order to reduce costs and the strain on the courts. As blockchain has not yet been introduced to the legal world in the UK, this future may be some time away and the technology will need to be further developed and tested. But with its great potential to massively impact the legal industry and, in particular, family law, blockchain is certainly one to watch.

An agreement that spouses enter into after a marriage, which details terms for how their marital assets will be split in the event of a divorce.

Gay couple told to divorce and remarry for their union and adopted son to be legally recognised in France
This site uses cookies. Find out more. Continued use of this site is deemed as consent.   CLOSE ✖