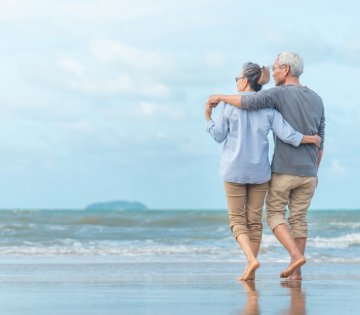 The most common example of this would be a scenario where spouses leave their property to one another and, on second death, to their offspring.

No will is irrevocable (unless the testator loses testamentary capacity), however, when drafting a mutual will there must be an agreement between the parties not to dispose of the property on second death or revoke the wills.

Mutual wills may be both oral or in writing; however, it is most usual to have a specific clause drafted into the will that recognises this arrangement.

This was addressed in the case of Goodchild v Goodchild (1996) in which the Court of Appeal confirmed that in order for wills to be mutual, there must be a clear suggestion of a mutual intention between the parties not to revoke individually.

In this case, the testatrix’s belief that her husband would give effect to what she thought to be their mutual intentions created a moral duty that was binding upon him.

Mutual wills can be separate or joint. It does not matter that wills are drafted under the same terms (as per mirror wills) but rather there is an agreement that the second to die will not revoke the will.

Mutual wills are not particularly common and can cause difficulties in that the survivor is not bound to account for property received from the first deceased, neither are they able to will property acquired since their death to beneficiaries other than those specified in the mutual will.

Edwardian entails: what Downton Abbey can teach us about inheritance
This site uses cookies. Find out more. Continued use of this site is deemed as consent.   CLOSE ✖