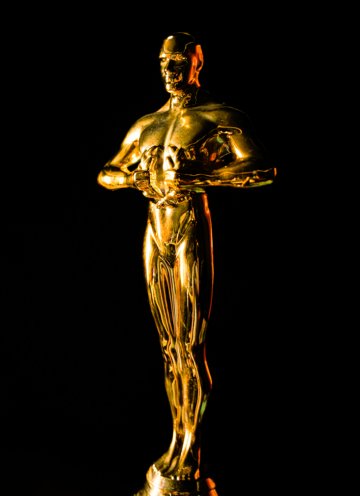 It has emerged this week that Georgina Chapman, wife of the disgraced movie mogul Harvey Weinstein, has accepted a divorce settlement of £15 million, significantly less than the sum she would have received had she delayed the process.

Last October, Weinstein’s name was plastered all over the news as allegations of his sexual misconduct started first trickling, then pouring out. Up to 100 women, from hotel workers to award-winning actresses, came forward accusing the producer of abusing his power through harassment or other troubling behaviour, the most serious including rape. With an overwhelming number of victims to his unwanted advances, the Twitter hashtag #MeToo ran riot as women around the world spoke out in solidarity against sexual harassment. Only this week, Weinstein was slapped twice in the face in a restaurant in Arizona, with the assailant allegedly shouting: “You’re such a piece of s*** for what you did to these women.” Weinstein, despite the furore, still maintains that he never engaged in non-consensual sex or retaliation against women who rejected him. Weinstein has not been charged with any criminal offences, though The Weinstein Company is subject of a civil rights investigation led by the New York Attorney General.

After the story broke, Georgina Chapman separated from her husband. Her voice joined other women expressing their shock:

“My heart breaks for all the women who have suffered tremendous pain because of these unforgivable actions.”

In her following statement, she called caring for her children her “first priority” and asked for privacy in the wake of the split. In Weinstein’s own statement, he expressed his wish for Ms Chapman “to do what was in her heart” and a hope that they can “rebuild” once he has finished counselling.

Three months later, their divorce is being finalised and details of the finances have caught the media’s attention. It appears that, anxious for a quick split, Georgina has agreed to proceed with the divorce only days before their ten-year milestone which would have entitled her to a bigger share of the marital pot. This is because the couple had a prenup which outlined that, in the event of a divorce, Weinstein would pay Ms Chapman $300,000 in maintenance for each year of marriage if it lasted under a decade, but $400,000 if they divorced after ten years. As the deal was sealed at the end of December just shy of their 10th wedding anniversary, Ms Chapman will be walking away with $20 million (£14.8m). As the pair are dividing their assets equally, this sum includes half of their $15 million West Village townhouse and $12 million beach retreat in the Hamptons.

Since the flood of allegations, Ms Chapman has kept a low profile but the details of this divorce arrive only weeks before she is due to reappear on the scene at New York fashion week where her brand, Marchesa, will be on show.

For all his hopes of returning to his career and family, Weinstein, once estimated to be worth $240 million, will find that his finances have taken a huge hit after the scandal. Last week a judge dismissed his ex-wife Eve Chilton’s claim for a pre-payment of $5 million in child support. The logic for this was that it was unlikely that Weinstein would be able to afford the sum in the future. Perhaps one of the reasons why Ms Chapman petitioned when she did was with these financial troubles in mind. However, after her estranged husband’s dramatic fall from grace, it is also likely that she was eager to distance herself as quickly as possible with a name which will now be remembered less for cinematic talent than turpitude.

Hannah Southon discusses living wills on the Jeremy Vine Show
This site uses cookies. Find out more. Continued use of this site is deemed as consent.   CLOSE ✖