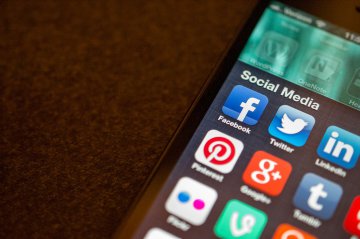 Over the last few weeks, the new generation of celebrity, “the influencers”, have come under increasing scrutiny. You may remember the barrage of newspaper articles criticising influencers for making unavoidable “work trips” to Dubai which of course, as any busy business professional will know, involves multiple pictures at the city’s hotels, pools and clubs. It was the first time the jet setting influencers have been chided en masse as many people thought it was extremely unfair for them to be disguising holidays as legitimate work trips.

Influencers Elly Norris and Cinzia Baylis-Zullo, who boast 23,000 and 362,000 followers on Instagram respectively, found themselves at the centre of a Advertising Standard Authority investigation last year after posts they had made were found to be misleading to the consumers they promote to.

It is now common practice for companies to give sample products to influencers, and if an influencer likes the product, they will endorse it. It is important to note that guidance by the ASA in 2018 made clear that influencers needed to signal whether they are being paid for the advertisement usually with the #Ad or #Gifted.

In the case of Ms Norris, she had been given tanning products from a company called Skinny Tan Ltd. She posted a photo on her Instagram account of her head and shoulders with the caption:

“So impressed with how that went on, honestly like no other fake tan I’ve ever put on, and the smell is just something else. Can’t wait to see what it’s like tomorrow morning [heart-eyes emoji]”.

“Haven’t done my make up yet, but absolutely obsessed with the @skinnytanhq coconut serum I used last night. Smells amazing. Can’t wait to get some proper pictures to show you guys!”

However, one eagle-eyed customer was not convinced the photo was genuine, believing Ms Norris had used a tanning filter (which is a feature on Instagram) making the post misleading and subsequently complained to the ASA.

In its response, Skinny Tan made clear that they did not “believe that the filter was intended to mislead or exaggerate the efficacy of the product because it had no relevance to Ms Norris’s comments on the product” and that they had re-shared the post because “Ms Norris had been complimentary with her experience of the product”.

However, the ASA ruled that the use of the filters gave a misleading impression of the result of the product and that this was a clear breach of rules 3.1 (Misleading Advertising) and 3.11 (Exaggeration). They noted that the effect the filters would have on the skin tone of the subject in the photos. In circumstances where the product was for the overall purpose of darkening someone’s skin, the filter misled consumers about the performance capabilities of the product.

This ruling is extremely important, as there has been a clear lack of transparency when marketing products through influencers, especially when it comes to beauty products.

What is particularly interesting about the ruling is that the ads only came under the remit of the ASA because Skinny Tan published the posts on their own brand account and because they were incorporated into their own marketing, meaning they fell within the remit of the CAP Code. It appears it was not because of Ms Norris’ posts on her account.

We should not under-estimate the importance of the influencer. Brands can be made or broken through their endorsement, or lack thereof. Being an influencer is like any other profession. As with lawyers, doctors or accountants etc, they hold, as the title suggests, a great amount of influence for the advice they give.

It may be what product to buy, where to go on holiday, what cosmetic procedures to use, or what diet to go on – these decisions have a real impact over the decisions people make in their everyday lives.

So where lawyers have the SRA, Surveyors the RCIS and Doctors the GMC, is it not time for there to be a full regulatory body for influencers?  The ASA has made a good start by beginning to curtail misleading material and it will be interesting to see if there are any further developments.

For more information of the #ad rules see here.

For the full ruling of Skinny Tan.

How to remove defamatory online reviews

The meaning of defamation, libel and slander

How journalists will use your social media to their advantage
This site uses cookies. Find out more. Continued use of this site is deemed as consent.   CLOSE ✖