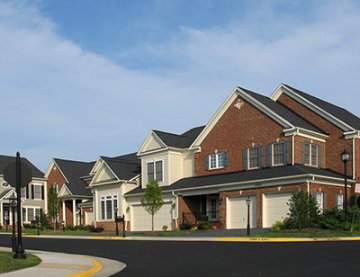 In a ruling last week the Supreme Court of Virginia recognised the legal status of same–sex relationships and cohabitation, enabling a man to cease paying alimony to his ex-wife who is now engaged to another woman.

The Supreme Court had ruled in 2014 that the State’s ban on same-sex marriage was unconstitutional, so this latest ruling is the next step towards full equality in Family Law in Virginia.

Michael Luttrell from Fairfax County VA was paying monthly alimony to his ex-wife Samantha Cucco as part of their divorce settlement reached in 2008 after their 16-year marriage broke down. Payments, according to the agreement, were to be made for eight years following the couple’s separation; ending sooner if the wife remarried or cohabited in a new long-term relationship.

Fairfax County Court who first heard the case, and the Court of Appeal who heard the appeal, were both in agreement that the State’s divorce laws, last updated in 1997, could not be interpreted as including same-sex couples in its provisions, as this would not have been envisaged at the time it was drafted. The legislation, which does not expressly use the terms ‘same-sex’ or ‘opposite-sex’ couples, uses a more neutral phrase when defining cohabitation as ‘in a relationship analogous to marriage’.

With the State laws of Virginia only legalising same-sex marriage in 2014, there had yet to be a judicial case that would enable the courts to reinterpret this legislation to include same-sex cohabitation. Therefore the lower courts, following precedents, ruled in favour of Ms Cucco, deeming that the State’s legal understanding and definition of ‘cohabitation’ did not apply to same-sex relationships. Mr Luttrell was ordered to continue paying alimony, as Ms Cucco’s relationship could not be considered as ‘cohabitation’ despite living with her new partner since 2012 (the couple got engaged last year). Although same-sex marriage has been legalised in the state of Virginia, the lower courts had viewed ‘alimony’ as a distinct legal issue.

The need to redefine cohabitation

The Supreme Court of Virginia has reversed this decision. As stated by Judge William Mims, without reinterpretation: “the individual in the same-sex relationship would continue to receive support while the individual in the opposite-sex relationship would not.” Identical divorce situations would receive unequal treatment. The person paying the alimony, would suffer unfair or unequal financial pressure. Therefore the “Court of Appeal erred when it concluded that same-sex couples cannot cohabit’’.

In his judgment Judge Mims reflected that the statute rather “recognises that an individual who has entered a committed, financially interdependent relationship with a third person is no longer dependent upon his or her ex-spouse in the same manner as when the agreement was executed”.

The Supreme Court have ordered the case to return to Fairfax County Court with this new interpretation of ‘cohabitation’, to decide if, on analysing the new relationship, Ms Cucco is cohabiting with another woman, sufficient to end alimony payments from Mr Luttrell. This case sets a precedent for gender equality in Virginia’s Family law. Mr Luttrell’s representative stated that “all laws regarding marriage must be applied equally regardless of the gender of the individuals involved”.

Time will likely reveal other legal issues of this sort that will need to be reinterpreted in light of the legalisation of same-sex marriage, so this ruling has the potential to be far-reaching in Virginia state law.

Leicester City have won the Premier League, but what does football fanaticism do to a marriage?
This site uses cookies. Find out more. Continued use of this site is deemed as consent.   CLOSE ✖