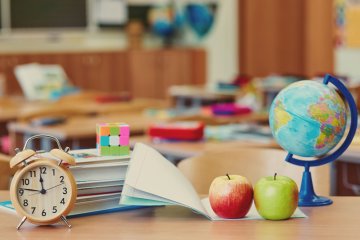 In 2005 Vili Fualaau wed Mary Kay Letourneau, his former teacher and the mother of his two daughters. The journey to the alter had certainly not run smoothly. A year prior, Ms Letourneau finished serving seven years behind bars, having been convicted of two counts of second degree rape of a child. The child in question was Mr Fualaau, who was just 12-years-old when his relationship with his sixth-grade teacher became sexual in 1996. The rapes resulted in a pregnancy and Ms Letourneau gave birth to the pair’s first daughter in 1997, two months after her arrest.

Though Ms Letourneau was originally handed a six month jail sentence as part of a plea agreement, she violated the conditions of her parole by resuming contact with her former student, resulting in her longer prison sentence. Before she was incarcerated again, she had become pregnant by Mr Fualaau once more.

When Ms Letourneau was released, Mr Fualaau asked for the no-contact order to be lifted. Ms Letourneau and her former student, now an adult, resumed their relationship and soon married. Last month, however, after 12 years of marriage, Mr Fualaau filed for legal separation.

Legal separation differs from divorce in that the marriage will not be dissolved, though it similarly allows both parties to legally divide their property and make formal children arrangements. It can be an attractive option for those who are religiously opposed to divorce but want to bring closure to their relationship, allowing them to uphold their beliefs. It can also allow spouses to retain particular healthcare and tax benefits.

Mr Fualaau has reportedly claimed that he has separated from his wife simply to protect his business interests, and that the couple’s relationship is still going strong. The now 34-year-old is allegedly looking to obtain a licence to distribute "Cigaweed", a brand of marijuana cigarettes.

Marijuana was legalised in the state of Washington in 2014 under Initiative 502, though there are several restrictions in place when it comes to both its consumption and distribution. Mr Fualaau is concerned that his marriage to an ex-felon could hurt his chances of obtaining a licence:

“When you want to get licensed, they do background checks on both parties. If I decide to be a part of it, I have to be licensed, and I have to be vetted, and so does a spouse. She has a past. She has a history.”

According to TMZ, though, Ms Letourneau is contesting the petition. However, Mr Fualaau%27s lawyers says "he will move forward with his petition and has done nothing to suggest he wants it dismissed." The lawyer gave no comment when asked "whether the separation was a prelude for divorce".

Though legal separation is often and end in itself, it’s certainly possible to file an amended petition for dissolution. If the legal separation has already been finalised, a Decree of Legal Separation can be converted to a Decree of Dissolution of Marriage, providing a period of six months has elapsed since the former was served. If, in this case, the separation does turn into a divorce it will be Ms Letourneau’s second—she was married with four children when she was charged with rape, and divorced her husband while in prison.

Vardags visits Fawley Court
This site uses cookies. Find out more. Continued use of this site is deemed as consent.   CLOSE ✖