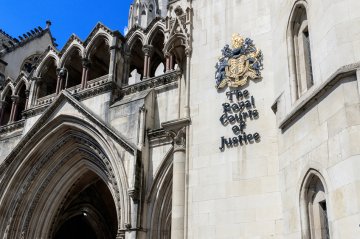 On 12 October 2016 Nicholas Cusworth QC, sitting as a Deputy High Court Judge, awarded a wife over £63 million, in what is thought to be the largest lump sum ever against a spouse after a foreign divorce.

Vardags is proud to have represented the wife, Sareh Al-Baker, with Managing Director Catherine Thomas leading the case alongside fellow director Georgina Hamblin.

Mrs Al-Baker was born in China and married Mr Al-Baker, an Iraqi national, in 1969, with whom she has three now adult children. Following the marriage, the family lived in Kuwait for nearly two decades, before moving to London in 1987, where they remained until 1994. The family then moved to Portugal for the husband’s work, but were granted indefinite leave to remain in the UK.

Mrs Al-Baker instructed Vardags and filed for divorce in England in January 2015. A jurisdiction dispute was sparked, with Mr Al-Baker claiming that the wife is not domiciled in England and Wales. Mr Al-Baker then issued his own divorce petition in Portugal, which was stayed by the Portuguese court, pending the English court’s decision as to jurisdiction. An interim hearing was listed before before Bodey J the following April, but the matter was adjourned to 30 July, when Mrs Al-Baker’s application for interim financial provision was also to be heard.

Before this took place, however, Mr Al-Baker’s solicitors served Mrs Al-Baker on 8 July 2015 with confirmation that Mr Al-Baker had obtained a talaq (an Islamic divorce) from the Shariah Court in Sharjah, United Arab Emirates, back in March 2015.

At the hearing of 30 July 2015, Mostyn J ordered Mr Al-Baker to pay Mrs Al-Baker £35,900 pcm interim maintenance, significant legal costs provision, and his ex-wife’s historic legal costs to the tune of over £123,000. However, he failed to comply, eventually racking up arrears of c. £740,000. In light of the recent news of the talaq, Mostyn J at the same hearing granted leave for Mrs Al-Baker to proceed with her claims for financial relief under Part III of the Matrimonial and Family Proceedings Act 1984, pursuant to a foreign divorce.

Shortly thereafter, Mrs Al-Baker obtained a worldwide freezing order in the sum of £125 million, having satisfied a judge that there was a real risk that Mr Al-Baker would dissipate his assets.

In December 2015, Mr Cusworth QC set out directions in relation to financial disclosure, with which Mr Al-Baker failed to comply. As the financial remedy proceedings continued, Mr Al-Baker, having dis-instructed his English solicitors, repeatedly failed to comply with further directions and deadlines which were extended for him. Mr Al-Baker’s Portuguese solicitors corresponded on his behalf throughout the proceedings, "pleading a willingness to negotiate", but provided to the court only witness statements which “made selective self-serving assertions designed to obstruct the court getting to the truth of matters”.

“In cases of this kind, where the duty of disclosure comes to lie on a husband; where a husband has – and his wife has not – detailed knowledge of his complex affairs; where a husband is fully capable of explaining, and has had opportunity to explain, those affairs, and where he seeks to minimise the wife’s claim, that husband can hardly complain if, when he leaves gaps in the court’s knowledge, the court does not draw inferences in his favour. On the contrary, when he leaves a gap in such a state that two alternative inferences may be drawn, the court will normally draw the less favourable inference”.

In this case, Mr Al-Baker had challenged "parts of what the wife had said about his assets", yet "never sought to set out in a clear and coherent way his own account of what he owns, still less attach any credible evidence to the value of his wealth". The court was therefore tasked with determining the parties’ wealth without Mr Al-Baker’s cooperation. On behalf of Mrs Al-Baker, Richard Todd QC and Nicholas Yates produced an asset schedule which totaled over £286 million, the "vast majority" of assets made up by Mr Al-Baker’s business interests, in respect of which he had provided little or no evidence.

Mr Cusworth QC’s estimate was lower than this, as he explained that this was “the best that can be achieved on the basis of the limited information which has been made available” and was "an indication of just how difficult the computation exercise has been made by the husband, by his wilful refusal to assist the court in any way". Mr Cusworth QC noted in particular that in computing the assets, he had given appropriate respect to any credible evidence provided by the husband, and bore in mind that any inferences must be “properly drawn and reasonable”, and reached a total figure for the parties’ net assets of £129,595,687.

Mr Cusworth QC accepted Mrs Al-Baker’s evidence in relation to the lifestyle the parties enjoyed during their marriage, considering it to be consistent with the findings he had made in relation to the scale of the parties’ assets. He also indicated that, given the duration of the marriage and the fact that "all of the available funds" were generated during the marriage, the wife has a "sharing claim which extends to one half of those assets". With matrimonial assets totaling £129,595,687, he assessed Mrs Al-Baker’s entitlement at £64,797,844. Taking into account a transfer of three matrimonial properties, the final balancing lump sum was calculated at £61,559,339.

International Women’s Day: celebrating 97 years of women in UK law
This site uses cookies. Find out more. Continued use of this site is deemed as consent.   CLOSE ✖