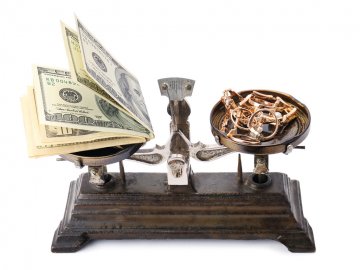 There are several methods to valuing a business accepted by the court. The method chosen seems to depend on the type of business being valued. Indeed, there is no correct method of valuing business interests, although there are preferred industry and sector-led valuation methods, depending on the nature and constitution of the business.
When a company has many differing trading activities, it may be most appropriate to value the company using a hybrid of the methods available. The following are the most commonly-used methods to value private companies in financial remedy proceedings:

Net asset valuation is most frequently used for valuing property investment companies, investment trusts and certain financial institutions, and is extremely useful when valuing an entire company. If the company is in financial difficulty, the breakup value is considered. This constitutes the value after the assets of the company are sold independently and all the company debts are settled. When assessing the valuation, accountants look at key considerations, such as: are there any intangible fixed assets? What is the nature of the stock? Will there be difficulties in recovering debt? Does the business own freehold property?

Earnings basis valuation is the most common method for valuing an on-going trading company. The earnings used to start the valuation are often the turnover, EBITDA (earnings before interest, taxes, depreciation and amortization) or profit after tax. The value is obtained by identifying a level of earnings which represents the business, comparing earnings with similar businesses that have a known market value, an investor’s required return, and/or applying a multiple of the representative earnings.

Valuation based on dividend yield

This method is commonly used to value a small shareholding in a business, where the shareholder has limited control rather than owning the whole business. The return an investor would make is based on the dividends, capitalised at a required yield. The dividend pattern must therefore be identifiable and must form a constant stream.
There are, in addition, considerable discounts available which can reduce the total figure of a valuation of a business. For example, the court may apply a discount for lack of marketability or a discount for lack of control. When looking at assets acquired before the marriage, adjustments may be made to reflect a springboard (the inherent potential of a company at the date of the marriage, which anticipates a substantial increase in its value in future years) or the passive economic growth of a company between the date of the marriage and the date of the sale (growth which cannot be attributed to active steps taken by either of the parties during the marriage).
Other, more controversial, discounts include the CEO selling discount and Key Man risk - where the court will consider the extent to which the company and its future profitability are dependent on one individual.

In recent years, increasingly complex matrimonial cases have placed new demands on accountancy experts (instructed either as single joint experts or as sole experts through solicitors).

The case law on business valuation seems, instead of demonstrating a clear preference for a particular method, to demonstrate the court’s desire to focus on the most realistic option in a given situation rather than the hypothetical outcome.

While some cases, for example Sorrell v Sorrell , still considered valuation by looking at hypothetical outcomes, the courts are now increasingly quick to criticise when they judge that the reality of the situation has not been adequately considered.

For example, in APD v RD , the judge criticised a valuation where shares were valued by sale price, without taking into account the fact that the husband was intending to give these shares to his children rather than selling them.

Similarly, in F v F , the court reminded accountants to be realistic when making valuations. In this case, both parties’ valuations had failed to consider the existence or effect of a shareholder agreement.

In D v D, it was deemed unrealistic to have valued a specialist company by considering its open market sale price, when it was clearly unique and unlikely to find a purchaser.

Charman v Charman clarified that the preferred approach to valuation “is and always has been to look at the reality of the situation in any given case”. This was echoed in N v N , where the judge stated that a purely hypothetical valuation was inadequate and would “lose some of its force and relevance”; instead, “in my view, the overall exercise should include… the likely reality”.

Nonetheless, the need for valuations in certain cases has also been disputed, demonstrating that the courts’ view on valuations remain variable and by no means set in stone.

In A v A the judge did not look at either of the valuations provided. Furthermore, in H v H the judge stated that the valuation of the business should not be viewed as a valuation per se but rather as an assessment of the individual’s future income, arguably questioning the importance of valuations as a whole.

Moreover, the courts’ views on applying discounts also appear to be changing. For example, a series of judgments seems to demonstrate a move away from the CEO selling discount, described in Charman v Charman as a discount that is “nowadays… old hat”.

However, in Cooper-Hohn v Hohn , the court seemed to counter this opinion by highlighting the importance of the individual in the business. The husband argued successfully that, if he were unable to manage the business, it would result in liquidation.

It is notable that this case, as in H v H, also questioned whether a valuation was needed: the wife was refused permission to value the management entities through which the husband received financial reward. As regards pre-acquired assets, the Court of Appeal case Jones v Jones allowed both the springboard and passive growth argument. The husband’s business, having been running for several years, was worth £2 million at the date of the marriage; it increased to £12 million by the couple’s separation, and was subsequently sold (during the proceedings) for a £25 million net profit. Considering the valuation which should be ascribed to the company at the date of the marriage, Lord Wilson believed adjustments should be made to the £2 million figure. With regards to springboard (‘the husband’s personal capacity at that date to build it up in the future’), it was deemed to be in play as an offer was made to buy the company for £6-7 million a year after the marriage took place: “in my view… at each of two different dates there were springboards in place in the husband’s company which the respective professional valuations failed to reflect”.

This said, Arden LJ found the passive growth argument more difficult when considering an actively run company rather than, for example, property or art S v S : “As to ‘passive growth’, I agree that in principle, in the circumstances of this case, an allowance should be made even though the asset is a private company the business of which has developed and expanded (in this case exponentially) during the marriage”. He reiterated the importance of focusing on the reality of the situation: ‘the court should so far as it can look at what has actually happened and not at what might have happened’. The judgment was followed in N v F by Mostyn J but it was emphasised that the way to approach pre-acquired assets is very fact specific and remains highly discretional.

Whilst it is evident from the case law that the court uses considerable powers of discretion, and a variety of methods in approaching the valuation of businesses as an element of the assets to be shared in divorce, there does seem to be a current desire to focus on the concrete reality of each situation, rather than looking at the hypothetical outcomes.

Could the days of the triple talaq be numbered?
This site uses cookies. Find out more. Continued use of this site is deemed as consent.   CLOSE ✖