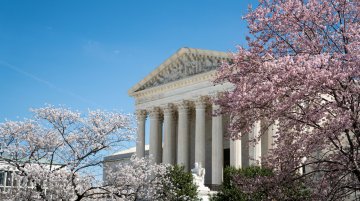 The Supreme Court has ruled 5-4 in the landmark case of Obergefell v Hodges, which acts to make marriage a constitutional right for everyone, regardless of gender or sexual orientation.

The historic ruling was met with cheers outside the Supreme Court, with some gay rights activists openly weeping and waving rainbow flags.

Justice Kennedy wrote of the same-sex couples whose lives will be changed by this ruling: “Their hope is not to be condemned to live in loneliness, excluded from one of civilization’s oldest institutions. They ask for equal dignity in the eyes of the law. The Constitution grants them that right”.

Ireland votes ‘yes’ to gay marriage
This site uses cookies. Find out more. Continued use of this site is deemed as consent.   CLOSE ✖