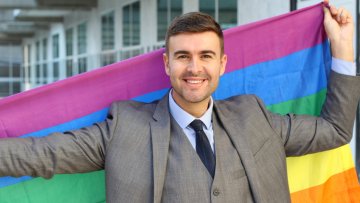 On 26th June, the Supreme Court of the United States handed down two historic judgments which pave the way for the greater recognition of same-sex marriages within the US.

In the first judgment, SCOTUS ruled that the controversial Defence of Marriage Act (DOMA) was unconstitutional. The act, passed during the Clinton administration with bi-partisan support denied same-sex couples a range of federal benefits regardless of whether or not their home state recognised their union. Under the law, gay married couples were denied tax benefits, immigration rights and healthcare privileges which were ascribed to heterosexual couples.

In bringing a claim against a $313 000 inheritance tax bill, 84-year-old New Yorker Edith Windsor argued that DOMA represented an unconstitutional interference in state’s right to determine matrimonial law. The argument was accepted and the act struck down as discriminatory.

The judgment, led by Justice Kennedy stated that “DOMA’s principal effect is to identify a subset of state-sanctioned marriages and make them unequal.” In striking down DOMA, the court heralded in a new era, in which same-sex unions will be seen as identical to traditional marriages by all government departments. Currently 13 states allow gay couples to marry, and opinion polls show that a majority of Americans are in favour of the legalisation of same-sex unions.

Whilst this judgment will have little effect in the 37 states which currently forbid homosexual marriages, it was welcomed by civil liberties and LGBT campaigners. President Obama, who had previously said that DOMA would be enforced, but not defended, welcomed the decision and pledged to instruct all government departments to comply with it forthwith. Conservative commentators, including House Republicans who led the legal opposition to the bill when the President declined to, were enraged by the judgement.

In the second judgment, the court considered the ban on gay marriage that had resulted from a referendum known as Proposition 8. Same-sex unions had been legal in the state, but a law banning them was voted through after a tense campaign in 2008. This law had been deemed illegal by two lower courts, but remained in force as proponents of Prop 8 sought to bring their case to SCOTUS.

The Supreme Court dismissed their appeal, holding that they did not have sufficient standing to argue the case. Though a technical point, it was implicit recognition of the belief that same-sex marriage does not impact or affect anyone beyond the couple getting married. Governor Jerry Brown has instructed Californian officials to resume issuing marriage certificates to same-sex couples immediately. Though future legal battles are predicted, gay marriage is once again legal in California, a move that doubles the amount of US citizens living in states which allow same-sex unions.

Though destined to be a great landmark in the gay rights movement, it is unlikely these judgments will signal the end of the gay marriage debate in the USA. Opinions remain polarised, and the nation faces many years of debates, ballots and court cases surrounding the issue of gay marriage.

In the United Kingdom, a bill to legalise same-sex marriage is in the committee stages of Parliament. Homosexual couples have been able to be joined in civil partnerships since 2005.

Update 07/11/2016: The UK bill for same-sex marriage was successful, with the first same-sex couples marrying in March 2014. Click here to read more

Limited rights for cohabiting couples
This site uses cookies. Find out more. Continued use of this site is deemed as consent.   CLOSE ✖