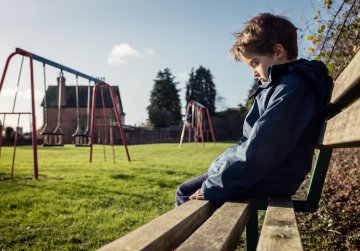 A man who raped a 12-year-old girl and fathered her child has been awarded joint legal custody and visitation rights of the now 8-year-old boy.

The decision has left many in shock, after Judge Ross of Sanilac County Circuit, Michigan, delivered his judgment this week. The matter came to the attention of the court following a routine review of the child support provided to the victim, now aged 21, by the state.

The ruling is said to be the first of its kind in Michigan and possibly across the wider US.

The attack occurred in 2008 when the victim and her sister left their family home one night to meet a friend. Christopher Mirasolo, then 18, asked if they wanted to go for a ride in his car instead.

Mirasolo took the girls’ mobile phones from them and kept them captive for two days in a nearby property. He threatened to kill the girls if they told anyone about the incident, but the matter came to light when it became apparent that the victim was pregnant a month later. Not wanting the baby “to be a victim too”, the mother decided to keep the child and left school to live with relatives, working to support herself.

After the pregnancy was discovered, Mirasolo was arrested. While rape as first-degree felony carries a minimum 25-year sentence, Mirasolo pleaded for attempted third-degree criminal sexual conduct and received a one year jail sentence but only served six and a half months after he was released to care for his sick mother. In March 2010, Mirasolo committed another sex offence after he assaulted a victim between the ages of 13 and 15 years old. For this offence, he served four years.

Up until the hearing last week, the mother was receiving about $260 a month in food stamps and health insurance for her son. In reviewing her child support, the court ordered a paternity test to be carried out which then proved that Mirasolo was the father.

Christopher Mirasolo, now 27, has been awarded parental rights despite having been convicted of two sex attacks on underage girls. His supervision conditions include having a ‘responsible adult’ present if he is with a minor but Mirasolo’s intention regarding a future relationship with his son is as yet unknown. Without the mother’s consent, the judge ordered Mirasolo’s name be added to the birth certificate, and disclosed her address to him. An order has been made that the victim is not allowed to move further than 100 miles from where she had been living when the case was filed without the court’s consent.

Mirasolo’s attorney, Barbara Yockey, stressed that he didn’t initiate the custody case as it is routinely done by the prosecutor’s office when a party makes an application for state assistance:

“Chris was notified of the paternity matter and an order of filiation was issued last month by the court saying he had joint legal custody and reasonable visitation privileges”.

“This is insane … the system is victimising my client, who was a child herself when this all happened”.

According to Kiessling her client was advised that “first-time sex offenders weren’t sent to prison because people come out worse after they go there” and so a full conviction was never pursued. The victim is now seeking protection under the federal Rape Survivor Child Custody Act with a hearing scheduled for 25 October 2017.

Parental rights over children conceived through rape in the US

According to the American Journal of Obstetrics and Gynaecology, about 5 percent of rape victims ages 12 to 45 become pregnant as a result of rape. To aid these victims, the Rape Survivor Child Custody Act was presented under Obama’s administration in 2015. This law gives states access to increased funding for the victims of sexual assault if the court has dismissed the parental rights of the attacker.

There are currently huge disparities in the parental rights granted to perpetrators of sexual assault across the US. Largely, the issue is handled using a state by state approach. As of 2016, there are still seven states where no law is in place to prevent a rapist from claiming parental rights to any child conceived. The remaining states do have some form of restriction or protection for the victims, but the extent of this protection varies greatly. For example in Washington DC a rape conviction is required if a victim wishes to prevent the attacker claiming parental rights. This can be a distinct obstacle, as figures from the Bureau of Justice Statistics reveal that a huge proportion of sexual assaults are never convicted. Only 36 percent of sexual assaults are estimated to have been reported to the police between 2005-2010. The resulting effect is that the victims are left to potentially face their attacker in court over custody rights for the child as in this case.

Unsent text message accepted as a valid will in Australia
This site uses cookies. Find out more. Continued use of this site is deemed as consent.   CLOSE ✖