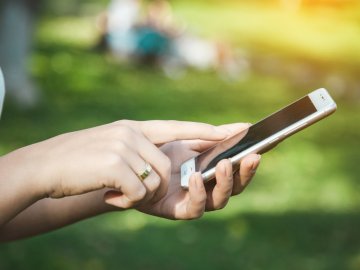 The Queensland Supreme Court last month recognised an unsent draft text message to be an official will. This resulted in the bequeathing of the deceased’s estate to his brother and nephew, rather than to his wife and child.

The ruling has sparked the interest of many, highlighting what appears at first glance to be a potential cheap alternative to the traditional method of creating a valid will. Legal professionals have, however, warned that such an approach is a highly risky enterprise; the Queensland Supreme Court decision was the product of a very unique set of circumstances and therefore should not be seen as having set a precedent.

When seeking to demonstrate the validity of an informal document as a will in Queensland, the court must be satisfied that the document represents the true wishes and intentions of the deceased. In this respect, the law surrounding wills in Australia is very similar to that of England and Wales: a will must take the form of a formally witnessed document, with clear proof of intention in order for it to be legally valid. The testator must also have had sufficient mental capacity at the time of the document’s conception.

Crucially however, the Queensland Succession Act of 1981 outlines the power of the Australian courts to dispense with these formalities as long as the judge is satisfied that ‘the individual intended for the document to form the person’s will’. This allows for an intention based approach to be used by the courts, which assesses all evidence pertaining to the case and allows the judge to formulate inferences regarding a document’s true intention. This contrasts the law of England and Wales where wills are still required to adhere to the strict formalities of being in writing, signed by the testator with the intention of giving effect to the will, and witnessed by two independent parties who also sign the will.

In this instance, a formally witnessed will had not been created. The deceased wrote a draft text message outlining his intention for his estate to be passed to his brother and nephew. The text message was written shortly prior to him tragically committing suicide. The case was brought to the court by the deceased’s widow, who applied for a grant of administration on intestacy, claiming her husband had passed away without leaving a will. If this had been held by the court, the deceased’s widow would have been the primary beneficiary of his estate. The couple had been married for one year of their three year relationship and it came to light that the deceased had left his widow two days prior to his death.

In response to the widow’s application, the deceased’s brother and nephew applied to the court for a grant of probate, on the grounds that the text message demonstrated the true intentions for the estate, despite the message never being sent. The message itself read “You and (nephew) keep all that I have house and superannuation, put my ashes in the back garden…(wife) will take her stuff only she’s OK gone back to her ex AGAIN I’m beaten. A bit of cash behind the TV and a bit in the bank…My will :)”.

In this case, Judge Brown was satisfied that the threshold for intention was ultimately met and noted that the “informal nature” of the text message did not prevent it from being a sufficient evidence of the deceased’s wishes. Judge Brown was also satisfied that the deceased was able to think clearly and “appreciated the significance of what he was doing by creating the text message”, thus satisfying the argument for sufficient mental capacity.

The mental capacity of the deceased, the formality of the document and the question over whether it demonstrated legitimate intention, were all elements contested by the deceased’s wife in court.

However, Judge Brown held that despite the message not being sent, the fact that the deceased took his mobile phone to the site in which he would be found, was consistent with the view that the deceased had “not wished to alert his brother of his suicide, but did intend for the message and his wishes to be discovered”.

Significance of the ruling for England and Wales

Whilst the ruling is a product of the current legal stance in the courts of Queensland, it may nevertheless bolster arguments that the current law surrounding wills in English and Wales requires modernisation.

An aging population, the rise of dementia, the evolution of medical understanding in relation to capacity, the rise of cohabitation, and our ever-increasing reliance upon digital technology all pose strong arguments to support the drive for legal reform in England and Wales.

In an ongoing public review, the Law Commission of England and Wales noted the complexities that arise when a party dies intestate. It is currently thought that around 40% of the population do not have a will. With an increasing number of individuals having sufficient property and assets to pass on following their death, the rulings surrounding wills and inheritance have a wider impact now than ever before.

Whilst the circumstances of the draft text message case outlined above are noted to be particularly unique, the ruling itself highlights the capacity of the Australian courts to dispense with the need for a formal document where none such exists, when it comes to determining the wishes of the deceased.

The need for strict formalities in England and Wales are currently under scrutiny by the Law Commission. Whilst the case for acceptance of informal documents in Australia has not yet set a precedent, it does serve to highlight an avenue of law in England and Wales that could be developed to reflect the technological advances and developments of today’s society.