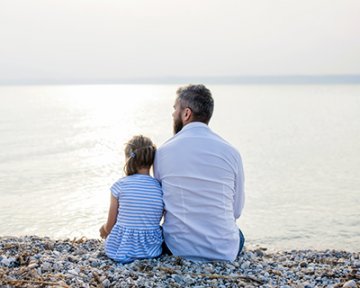 A mother, Joana Niemeyer, was unable to put her partner’s name on their second child’s birth certificate because they were unmarried when he died, three weeks before the birth. Now she’s campaigning to change the law on birth registration, to prevent other unwed parents from being stigmatised.

Ms Niemeyer and David McNamara were expecting their second child, Eira, when he passed away from a stroke aged 42. Ms Niemeyer went to register the birth, but the registrar would only allow her to include her name as the mother, and stated that the father category would need to remain blank due to Mr McNamara being unable to personally declare himself as the father.

The Home Office have stated that birth certificates need to be recorded accurately. The Walthamstow registrar was implementing s.10 of the Births and Deaths Registration Act 1953: ‘registration of father where parents not married’, which requires that if parents are not married they must sign the register together, or present a court document that gives the father parental responsibility:

“…in the case of a child whose father and mother were not married to each other at the time of his birth…the registrar shall not enter in the register the name of any person as father of the child except…at the joint request of the mother and the person stating himself to be the father of the child (in which case that person shall sign the register together with the mother); or …at the request of the mother on production of…a declaration in the prescribed form made by the mother stating that that person is the father of the child; and…a certified copy of an order under section 4 of the Children Act 1989 giving that person parental responsibility for the child…or an order under section 4 of the Family Law Reform Act 1987 that that person shall have all the parental rights and duties with respect to the child”

Therefore, Ms Niemeyer had to apply through the family courts to have Mr McNamara’s name included on the birth certificate, as he obviously could not make a declaration of being the child’s father, or jointly sign the certificate. Ms Niemeyer filed an application at the court, and had to produce evidence in support. Over £1,000 was spent on DNA tests to prove that the child was Mr McNamara’s daughter; samples being taken from Ms Niemeyer, eight-month-old Eira, and Mr McNamara’s sister, to prove the relationship. DNA costs combined with legal and court fees, and the general costs of the application, make this an extremely costly process for something theoretically simple.

In addition, Ms Niemeyer had to produce several shared utility bills and a history of their relationship. She has stated that this process was humiliating, but also that it was both “intimidating and upsetting” at a time when she was grieving over a sudden death, and facing the prospect of raising two children alone on a reduced financial income.

The High Court is the authority to decide if an unmarried woman is telling the truth about the father of any children. Presumably, this law was implemented to prevent or deter women from making false child maintenance claims, as they would be forced to attend court and prove a child’s parentage. However, this legislation unfairly targets unmarried women as though they are more untrustworthy. Society no longer necessarily expects women to get married; it is not uncommon to hear a woman state that they have no intention of doing so, and it is not usually necessary for legal proceedings. Therefore, Ms Niemeyer’s lawyers are asking for the law to be updated to prevent similar situations where a parent can not be entered onto the birth certificate, and this issue was raised in Parliament in March.

The courts have granted Ms Niemeyer’s application, and have ordered the new birth certificate including Mr McNamara’s name to be issued but Ms Niemeyer is keen for this process to become easier for other women, as the stressful and lengthy process occurs at a time when families are also trying to grieve.

Eira isn’t going to grow up knowing her father, but his name on her birth certificate is, at least, official validation that she is nevertheless connected to him. As Ms Niemeyer puts it “there is so little Eira has of him. It is her right, and it’s his right too.”

Forced adoption case in Portugal is a breach of human rights
This site uses cookies. Find out more. Continued use of this site is deemed as consent.   CLOSE ✖