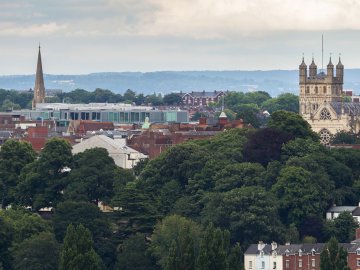 In the wake of the Court of Appeal’s judgment in the much-discussed case of Owens v Owens, which saw a Court of Appeal led by Sir James Munby uphold Tolson J’s decision to refuse a wife’s divorce petition, Professor Liz Trinder from the University of Exeter has published interim findings from a major research study examining the need for divorce law reform in England and Wales. ’Finding Fault?’ was launched in October 2015, with the aim of exploring "how the current law on the ground for divorce and civil partnership dissolution operates in practice and to inform debate about whether and how the law might be reformed."

The final report from the study will be released this Autumn, but several key interim findings have been published ahead of this. Before we dive in, though, it’s worth revisiting the facts under which one can petition for divorce in England and Wales. Under English law, there is only one ground for divorce – irretrievable breakdown of a marriage. This is proven by establishing one or more of five facts: adultery, desertion, unreasonable behaviour, two years separation with consent, or five years separation without consent.

Over half of these reasons require the petitioner to attribute blame. It’s unsurprising, then, that ’Finding Fault?’ researchers found that the majority of divorces are based on fault. However, a national survey carried out by the team revealed that, among those who divorce using fault-based justifications, "43% of respondents to the divorce reported that the fact used was not closely related to their view of the ‘real’ reason for the separation."

Petitioners may have admirable intentions for resorting to fault-based divorce. The survey identified "speed" as a "primary factor" prompting petitioners to give a fault-based fact in their divorce petition, rather than wait out two years of physical separation before petitioning. Some interviewees told ’Finding Fault?’ that they were concerned about the effect long, drawn-out proceedings would have on their finances or their children’s well-being. However, the study found that fault can "create or exacerbate conflict", which in turn "can affect negotiations about children or finances where the law expects parties to work together".

This is certainly not news to many family lawyers. Ayesha Vardag, Founder and President at Vardags wrote in iNews following the Owens v Owens judgment:

“Fault-based divorce means an unnecessary risk of acrimony. Though not considered as part of the financial proceedings, the reasons set out for divorce can cloud proceedings, causing delay and financial cost for both parties. Allowing no fault divorces would stop anyone ending up in the same unfortunate position of Mrs Owens."

Mrs Tini Owens’ divorce petition, submitted on of the husband’s behaviour, had been refused, with Tolson J stating that her evidence for this was "scraping the barrel". After her defeat in the Court of Appeal, Mrs Owens now faces a two-year wait for a divorce if her reluctant husband acquiesces, or a five-year wait if he does not.

Owens v Owens is, of course, an extreme example of how the absence of no-fault divorce can adversely affect petitioners in contested cases. However the introduction of no-fault divorce, a cause Vardags has long championed, would not only aid petitioners in these unusual circumstances; it would allow many former couples to avoid unnecessary denigration and courtroom mudslinging.

The study found "no evidence" that current divorce law protects marriage, the implicit objective of fault-based divorce law, and called for reform:

"In reality, we already have divorce by consent or ‘on demand’, but masked by an often painful, and sometimes destructive, legal ritual with no obvious benefits for the parties or the state...This is a timely opportunity for law reform so that divorce is based solely on irretrievable breakdown after notification by one or both spouses."

The government has already faced mounting pressure to introduce no-fault divorce. Last November, over 150 family lawyers partook in a lobby of Parliament organised by Resolution in order to advocate for no-fault divorce. Although the no-fault divorce bill (HC Bill 77) died awaiting its second reading last Spring, perhaps this latest study will prompt MPs and Peers to look to divorce law reform as a matter of priority.

Supreme Court unanimously allows charity appeals in Ilott v The Blue Cross and others
This site uses cookies. Find out more. Continued use of this site is deemed as consent.   CLOSE ✖