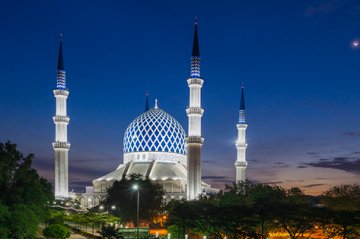 A new bill aims to end the unilateral conversion of minors in Malaysia.

Proposed family law reforms were tabled for their first reading in the House on Monday, with the inclusion of a new Section 88A which states that “both parties” in a civil marriage must agree before a minor can convert to Islam.

It is welcome news to women’s rights activists who fear that converts may use the children’s conversion as a strategy in custody disputes with their non-Muslim spouses.

The bill follows media controversy in recent years over high profile child conversion cases, most famously that of Indira Gandhi and Muhammad Riduan, who abducted their 11 month old child seven years ago. Mr Riduan converted to Islam while his marriage was breaking down, then went to Ipoh’s Islamic courts to seek a divorce. He took their youngest child, Prasana, to live with him and converted the three children to Islam. A Hindu woman without access to the same courts, Ms Gandhi filed for custody and applied for an annulment of the conversion in the civil courts. A juridictional and custody battle ensued with the civil and religious mandates tussling for dominance in the Court of Appeal. The case has been instrumental in opening up public debates about the kind of justice available to Muslims and to citizens belonging to minority religions in Malaysia.

Religious conversion has profound legal implications in Malaysia which is ethnically and religiously diverse but is officially Muslim. All ethnic Malays are born Muslims, and anyone who wants to marry a Muslim must convert to Islam. Malaysian muslims are only group to have their religion stated on their identity cards and they are governed by additional laws enforced by the federal Islamic authorities in each of the country’s 13 states.

If passed, the new bill could evade this jurisdictional conflict in Malaysia’s dual legal system.

The Home Affairs Sharia councils inquiry: A review so far
This site uses cookies. Find out more. Continued use of this site is deemed as consent.   CLOSE ✖