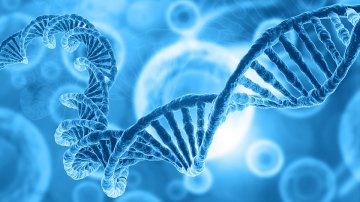 The UK looks to become the first country to permit the creation of IVF babies using the DNA of three parents. The British government announced on 28th June 2013 that it would be unveiling draft legislation on the matter in the autumn, with the process potentially being available to the public within two years.

The controversial technique allows for DNA from a third person to be spliced with that of the two other biological parents to prevent birth defects. The process is to be tightly regulated, and experts predict only around 10 couples a year will meet the criteria to benefit from the development.

Defects in mitochondrial DNA can lead to birth defects including blindness and heart failure. The DNA in question ordinarily comes from the mother, so the only way to prevent any ill effects is to replace it with donor DNA from a third parent. Less than 0.2 percent of the baby’s genetic material would come from the third parent.

Though welcomed by many scientists, the decision to allow DNA mixing in this way is not without its controversies. Some suggest that this will be the first step towards genetic engineering of ‘designer babies’, with parents using donor DNA to import favourable characteristics, from eye colour to gender, into their children. At this stage it is likely that the process will be limited to only the most extreme of medical circumstances, with each case having to be approved by the Human Embryology and Fertility Organisation.

This announcement once again makes clear the way in which modern technological developments shape family law. Since its development in the late 1970s in vitro fertilisation has allowed countless couples to conceive. In particular, it has increased the ability for women to bear children later in life, and has facilitated the use of donor eggs and sperm.

It has also proved controversial with many wondering about the ethical implications of such techniques and the rights that accrue to donors. It is clear that any legislation on three parent children will need to be carefully drafted to take into consideration such issues.

Case launched to press Scotland Yard into paying child support
This site uses cookies. Find out more. Continued use of this site is deemed as consent.   CLOSE ✖