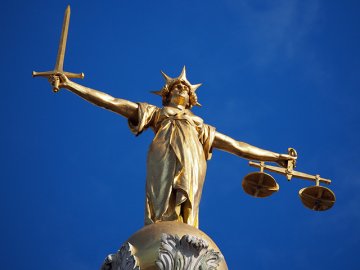 The cost of a divorce has risen by one third today, from £410 to £550. The Ministry of Justice (MoJ) is supposedly raising fees to cover administrative costs. However, family lawyers claim the true cost of a divorce is much lower, as reported by The Guardian.

Jo Edwards, solicitor and chair of family law organisation Resolution, said, “The actual cost of the administrative process has been shown to be £270, meaning that at the new rates, the MoJ is making a profit of more than 100 percent – in effect, levying a divorce tax.”

Every couple wishing to separate must pay this divorce petition fee, whether they go to court or not. Edwards worries that the extra cost may prohibit some couples from seeking a divorce, leaving them “legally and financially tied to their former partner long after the relationship has ended.”

He is also concerned about how the fees will affect women, who initiate two thirds of all divorces. He stated, “The extent of the rise could, as the judiciary and others have warned, lead to women being trapped in unhappy or violent marriages.”

The MoJ has announced a remission scheme for those who cannot afford the cost of a divorce. Their spokesperson declared, “Fees are never popular, but they are necessary if we are to reduce the burden of the courts and tribunals on the taxpayer. We have sought to protect the vulnerable at every stage. That is why we have a remission scheme to protect and help those who cannot afford to pay.”

Whether the fees are “necessary” is highly debatable. A marriage, for comparison, may cost only £46, as reported by The Guardian.

President of the High Court Family Division, Sir James Munby, professed, “I have to say that there is something rather unattractive – particularly if one is selling justice, which one should not be doing – in battening on to the fact that there is a captive market and that, because there is no elasticity of demand, one can simply go on putting up the fees until it becomes another poll tax on wheels.”

Lord Brown of Eaton-under-Heywood, a former law lord, considers the practice of setting court fees above cost to be contrary to the Magna Carta, which dictates that justice is not to be sold.

A law unto themselves: the first female lawyers around the world (Part 1)
This site uses cookies. Find out more. Continued use of this site is deemed as consent.   CLOSE ✖