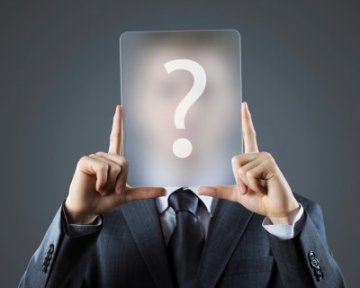 A wealthy foreign businessman who is embroiled in a protracted divorce battle in London is seeking to keep the proceedings secret. The husband says that his and his ex-wife’s names should not be reported by the media because of fears for their safety. The editors at The Times disagree and are seeking to persuade judges that their identity can be revealed to their readers. In a hearing before Moor J, lawyers for the newspaper won the first round of legal battles to get the parties’ names published. The husband has appealed that decision and a gagging order is in place until the appeal is dealt with.

This case has once again raised the much debated issue about press reporting in divorce cases. Interestingly, two of the most senior family law judges in England and Wales disagree about what journalists should be allowed to report.

Mostyn J posits the default rule is that the reporters are prohibited from identifying “by name or location any person other than the advocates or solicitors instructing them” and cannot refer to any of the parties’ financial information as per his judgment in DL v SL EWHC 2621. Here Mostyn J commented that there were some categories of court business which were so personal that in almost every case where anonymisation was sought the right to privacy would trump the right to freedom of expression. He concluded that financial remedy proceedings were quintessentially private businesses and therefore FPR r.27.10 creates a strong presumption that such proceedings should be heard in private.

The different positions of Mostyn J and Holman J have made it difficult to know how the court will approach matters. The court’s wide discretion is in full force when it comes to press reporting.

The Judicial Proceedings (Regulation of Reports) Act 1926 (“the Act”) has been used by many to demonstrate that divorce is a private business and therefore should be kept anonymous. Mostyn J’s view is that the Act remains good law. Mostyn also continues to root back to FPR 27.10 to emphasise why such proceedings should be held in private.

Despite the position in r.27.10, r.27.11 appears to enable any journalist to attend a financial remedy hearing. This position was argued in Appleton and Gallagher v News Group Newspapers Ltd and The Press Association EWHC 2689 (Fam). This case was heard by Mostyn J after it was kicked up to the High Court by HHJ O’Dwyer. HHJ O’Dwyer considered that only the High Court could make the reporting restriction applied for. Mostyn’s opinion was that the trial court had the power because the proceedings were not children proceedings as per FPR r. 25.2(1) so it was unsurprising that in his judgment, Mostyn J said that it was a “serious understatement…to say that the law about the ability of the press to report ancillary relief proceedings which they are allowed to observe is a mess”.

In Appleton and Gallagher Mostyn J set out his view that there is an implied undertaking by litigants in financial remedies proceedings not to use documents or information supplied as part of the disclosure process save for purposes connected with the litigation. Whether or not the press were bound by the same undertaking was considered by Mostyn J. His view was that the press cannot report what they see and hear in financial remedy proceedings unless they are able to justify why the “core privacy maintained and endorsed by Parliament should be breached”. In his view there were only two scenarios in which the balancing exercise would lead to a judgment being fully public:

Ultimately the court granted permission for News Group Newspapers Ltd to appeal to the Court of Appeal to resolve the “unhappy divergence of judicial approach” to privacy and reporting restrictions in ancillary relief cases.

Holman J and Mostyn J remain entrenched in their views on this point and it is hoped that the latest case to deal with this point sets out further guidance for the judiciary and practitioners alike. In a world of ever increasing social media and a press culture of ‘naming and shaming’, attempts to restrict press reporting are likely to be adopted more and more by those outside the realms of ‘celebrity’.

Ayesha Vardag reveals the little things that matter during a divorce in The Lady magazine
This site uses cookies. Find out more. Continued use of this site is deemed as consent.   CLOSE ✖