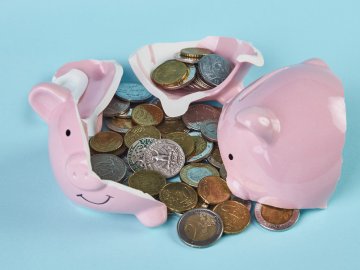 New York sugar tycoon Daniel Rosenblum has been ordered to immediately pay his ex-wife $11 million after a judge rescinded their revised divorce agreement because the signature lines were still blank.

Sheila Rosenblum brought the agreement to the New York Supreme Court regarding several concerns she and her legal team now had with the document, and that Mr Rosenblum had not paid the initial $5 million that was now owed plus interest and costs. Justice Michael Katz of Manhattan Supreme Court rescinded the revised divorce agreement after seeing that the document was unsigned by Mr Rosenblum and his lawyer.

Justice Katz stated “I have no doubt there were very substantial negotiations, and it appears the parties were very close to entering into a settlement…it would have taken five seconds for the parties and their attorneys to sign it.”

Mr Rosenblum must instead abide by the former divorce settlement reached in 2013, and must make an immediate payment of $11 million, and then $50 million over the next four years to his ex-wife. In addition to the settlement, Sheila Rosenblum is also gaining the couple’s $30 million Park Avenue apartment, situated on the 36th floor with views of the Manhattan skyline, and is due to receive $90 million in the event of Daniel Rosenblum’s death.

The two were originally married in 1990 and divorced in 1994 before remarrying two years later, and divorcing in 2014.

The Deputy Chairman at the sugar division of ED&F Man, Mr Rosenblum is now claiming that he cannot afford to make these payments, and that such a settlement could bankrupt him. He is therefore now suing his ex-wife over the remaining $50million sum he is to pay, arguing that it is unnecessary in light of her personal wealth.

Sheila Rosenblum has her own personal fortune of approximately $120 million, the owner of nearly 30 thoroughbred race horses, one of which was purchased as a colt for $840,000. The horse training and racing side of the business has expanded in the last few years, with favourable press coverage, continued success at races, and is attracting significant investors.

The business, Lady Sheila Stable, was started by Sheila Rosenblum five years ago towards the end of her marriage. Since the divorce was finalised in 2014, the business has been going from strength to strength, and Sheila Rosenblum has launched a second horse syndicate, Lady Sheila Stable Two. Both businesses have so far been classified as non-matrimonial assets, and have not been included in any settlement negotiations.

Justice Katz was unconvinced by Daniel Rosenblum’s argument regarding his ex-wife’s fortune, and rescinded the divorce settlement as requested. A contract (or settlement) that isn’t signed by the parties is invalid, and without signatures it appears as though no agreement was reached. A very costly mistake.

Joy of Love: Pope Francis’ Exhortation reveals new approach to divorce and homosexuality
This site uses cookies. Find out more. Continued use of this site is deemed as consent.   CLOSE ✖