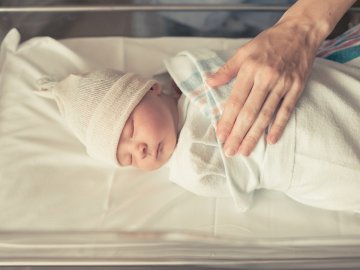 Of all the mistakes that could befall a person, having your baby accidentally swapped with another has to be one of the worst. But that is exactly what happened with two South African children – a girl and a boy – born on the same day in 2010 in a Johannesburg hospital.

The truth was only discovered when one of the mothers attempted to get her ex-partner to pay child maintenance and he denied being the father. The ensuing paternity test confirmed not only that the child was indeed not his, but also that it was not hers either.

On discovering that the children had indeed been swapped at birth the two mothers met each other and their respective biological children; they also attended joint counselling sessions. However, one of the mothers reportedly became disillusioned and decided that she wanted her biological child back while the other mother refused to exchange them. This led to the matter being taken to court.

The North Gauteng High Court then enlisted the help of the University of Pretoria’s Centre for Child Law to interview all parties involved and to investigate what outcome would be in the children’s best interests. As in English law, a child’s welfare is considered paramount in proceedings.

The Centre for Child Law has now decided that it would be in the best interests of the children to remain where they are rather than be returned to their biological parents. The Centre’s director, Professor Ann Skelton explained: “The recommendation is that the children should stay with the parents who have raised them and should also be permitted to have contact with their biological parents.” She confirmed that this decision actually now chimes with the wishes of both sides, as the mother who originally wanted her child returned has “softened her position.”

This is a step towards some kind of resolution for the two families. Henk Strydom, a lawyer for one of the mothers, had previously admitted that he had no idea what the outcome of the investigation would be, but that “whatever happens, someone won’t be happy.” Despite the expert recommendations now being accepted by both sides there are no easy solutions.

It is not yet clear whether the father who was originally sought for child maintenance is indeed the father of the other child.

How family law ended a republic and founded an empire in Ancient Rome
This site uses cookies. Find out more. Continued use of this site is deemed as consent.   CLOSE ✖