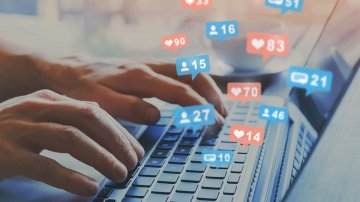 A New York man is suing his former wife for allegedly hiding Twitter shares now worth between $10 million and $50 million during their divorce.

Stuart Strumwasser and Jennifer Johnson divorced in 2006, and have twin nine-year-old sons. Mr Strumwasser pays $2,465 a month in child support, according to court papers, but alleges that his former wife has access to millions of dollars which she has secreted.

Ms Johnson is alleged to have been a first-round investor in Twitter, having paid $10,000 to $50,000 for her initial investment, which has rapidly increased in value over the intervening years, the social networking site having gone public on November 7 this year.

Her first husband, Gregg Kidd, was a former colleague of Twitter co-founder Jack Dorsey. In a suit filed at the Manhattan Supreme Court, Mr Strumwasser alleges that, in contemplation of their divorce, his ex-wife flew to San Francisco to meet Mr Kidd and one or more of the founders of Twitter under the guise of a trip to see her brother. Strumwasser alleges that she was secretly holding high-powered business meetings while he stayed home to watch their children, believing himself to be acting as part of their ’marital team’.

During the parties’ divorce proceedings Ms Johnson failed to disclose any alleged shareholding, resulting in the court requiring substantial child support payments from her former husband.

Mr Strumwasser made the discovery on Ms Johnson’s LinkedIn profile, which allegedly stated: “she is a first round investor in Twitter”, and he asserts that her omission to disclose the asset constitutes fraud.

The Manhattan courts, like the English courts, require both parties to a divorce to make full financial disclosure in order that an appropriate settlement can be made. Under English law, parties are able to apply for their financial proceedings to be reconsidered if new assets, owned at the time of settlement which should have been disclosed, later come to light. In such cases a settlement or final order may be reassessed if a materially different order would have been made had the assets been disclosed.

Strumwasser argues that he should be paid back $120,000 in child support payments as well as having 30 percent of the Twitter shares transferred into his name: it remains to be seen whether the New York courts will find that Ms Johnson does indeed control the Twitter shares.

The case also bears striking resemblance to the allegations made by Vardags’ client Michelle Young that her husband Scot Young’s concealed assets included shares in Facebook worth several billion dollars, despite him claiming bankruptcy.

The issues faced by Mr Strumwasser and Ms Young demonstrate the inherent difficulties in tracing the ownership of intangible assets, and the lengths to which some spouses are forced to go to achieve what they believe to be a fair settlement. In both cases, spouses are alleged to have planned their ’escape route’ from the marriage and secreted away assets in preparation for the divorce settlement.

Gaining skilful legal representation as early in the divorce as possible can be a vital tool in locating and identifying key assets before it is too late.

The importance of jurisdiction in divorce

How unreasonable is unreasonable behaviour?
This site uses cookies. Find out more. Continued use of this site is deemed as consent.   CLOSE ✖